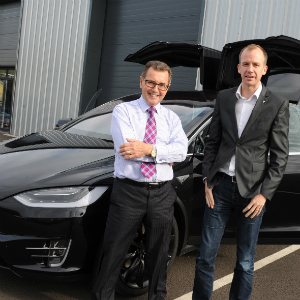 Business procurement is proving hugely influential in driving commercial vehicle fleets to place unprecedented levels of focus on at-work road safety, and some fleet decision-makers believe that spotlight should be extended to include company cars and motorcycles.

Many organisations when compiling tender documents are placing an emphasis on respondents – and in many cases their sub-contractors – being accredited to such schemes with their focus on occupational road risk management in a bid to reduce road crashes, fatalities and injuries. A failure to be suitably accredited can frequently mean companies lose out on winning new business opportunities.

During a workshop roundtable discussion on “accreditation to industry best practice programmes”, workshop delegates heard how Travis Perkins, which as a group has a 3,600-strong commercial vehicle fleet, was FORS gold accredited and a CLOCS champion.

The company – Group fleet director Graham Bellman is a FIAG founder – has spent hundreds of thousands of pounds on meeting the pinnacle of best practice standards with vehicles equipped with the very latest safety features and employees undertaking safe driving training.

What’s more, the workshop, hosted by risk management specialist Automotional whose director Andy Neale is also a FIAG founder, heard the investment had been rewarded with revenue earnings for the company of £500 million off the back of vehicles being FORS gold accredited and CLOCS compliant.

Key points raised during the debate were then highlighted by round table ‘champions’ and Ian Brooks, a former Metropolitan Police chief inspector and founder of health and safety specialist OSCAR Strategic Consulting, said: “Such standards should be extended to company cars, motorcycles and home delivery moped fleets because companies have a duty of care to other road users. Money invested in road safety will pay for itself.”

However, he added: “It is critical that accreditation scheme governance is not inappropriately continually added to so that it increases compliance costs because that would be to the detriment of society at large.”

As a result, he suggested: “It is vital that fleets are represented on scheme governance committees so compliance requirements are set that mirror real world operational attainment and there is no standards’ creep.”

Delegates also suggested that rather than a number of best practice schemes being in existence there should be a single, non-commercial government-backed initiative.

FIAG chairman and fleet industry stalwart Geoffrey Bray (Pictured, left) said: “There is no magic wand. No one knows everything and people do resist change. But there are always challenges ahead. With the number of advances in many areas of fleet operations accelerating, it means decision-makers cannot relax. There must be a continuous process of learning and understanding in every business so policies and procedures change accordingly.”

Workshop delegates also listened to a presentation from Hamish Phillips, corporate sales manager, of Tesla Motors, ahead of a discussion on “driverless and electric vehicles” and a third topic discussed was “how fleet risk should be managed in a world of huge financial penalties if disaster strikes”. Delegates were also able to view the Tesla Model S and Model X and have experience drives in both cars.

Below are highlighted a number of other the key points from the areas of discussion.

The availability of plug-in vehicles in the UK and the forthcoming arrival of autonomous cars necessitates huge social change in the usership of company-owned vehicles, but there are many hurdles that must be overcome to secure widespread fleet acceptance.

While ‘job-need’ vehicle fleets are expected to continue to be dominated by diesel power for many years to come, numerous barriers need be overcome even for electric and eventually driverless models to be accepted as ‘perk’ cars.

Vehicle range, an inadequate recharging infrastructure, the length of time it takes to recharge, doubts over whole life costs and concerns as to whether the increased capital cost of plug-in vehicles would be offset by fuel savings were all highlighted by FIAG delegates as continuing worries that could hamper widespread fleet utilisation.

Round table champion Ian Housley, associate director HSEQ (health, safety, environment and quality) at Clancy Group and a FIAG founder, said: “Businesses are considering electric vehicles as part of the future of their fleets, but journey planning is critical with electric vehicles as they don’t suit all drivers.”

Is respect of autonomous cars, while it could be 2030 or beyond before the word ‘driver’ is confined to history and ‘occupants of vehicles travel from A to B with the ability to undertake other tasks such as reading notes in advance of a business meeting while on the move, issues must be overcome to gain feet acceptance.

Fleet decision-makers’ concerns raised at the workshop included: liability in the event of a collision or other incident and the vehicle or technology being at fault, and fears surrounding computer hacking, privacy and security of data.

Round table champion and FIAG founder Peter Weston said: “There is a potential level of distrust in autonomy. Is the technology of driverless cars evolving quicker than we as humans are in terms of acceptance?”

Mr Housley added: “There is fleet scepticism around autonomous vehicles. A high risk area is during the early stages of autonomy where ‘normal’ vehicles mix with driverless cars on the UK’s roads.”

Fines potentially running into millions of pounds for companies found guilty of health and safety and corporate manslaughter offences and jail terms for directors and senior managers should “shine a light” on how fleet risk is managed.

That’s the view of Mike Appleby, safety, health and environmental lawyer and partner at London-based Fisher Scoggins Waters LLP, following the introduction by the Sentencing Council earlier this year of tough new guidelines for the sentencing of convicted companies and individuals.

Penalties linked to turnover as well as the level of culpability and harm could run into millions of pounds for companies with convicted individuals facing a maximum sentence of up to two years jail and an unlimited fine.

Workshop delegates heard that a robust driver behaviour programme would be “more than self-financing” and that best practice compliance would result in a “more efficient organisation that would do good business”.

However, it was also essential, agreed delegates, that cultural change filtered across the company from board level with Mr Weston suggesting: “There is a big disconnect in many businesses between health and safety in the workplace and health and safety on the road. That is where road risk in relation to corporate manslaughter is not fully accepted. Companies need to recognise the risk and do something about it.”

Concerns were also raised that some businesses may be introducing technology, such as telematics, to fleet vehicles but were not fully using the resulting information to implement safety-focused action plans.

Mr Brooks said: “If employers do nothing with that information then they are potentially leaving themselves wide open for prosecution in the event of an incident.”

Returning to the impact of accreditation schemes such as FORS, Van Excellence and CLOCS, delegates heard that a failure to focus on at-work safety and the potential for a loss of business that could result should act as a “wake-up call” to employers.

Delegates also heard that it was vital to have in place a robust emergency response communication process that had been previously stress tested so it could quickly be swung into action should a serious road traffic collision occur.

Additionally, concerns were raised that in some companies at-work driving safety policies and procedures were written into driver handbooks, but there was no true recognition that documents had been read and understood. As a result, it was suggested, a “competency test” could be introduced.

Mr Housley added: “Businesses that have a good health and safety culture ensure that it influences driver behaviour in terms of managing fleet risk. Legislation should focus the minds of managers.”