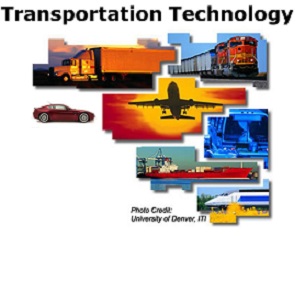 This positive perspective is driven by the significant improvements technology has brought to the sector. Industry leaders point to operational efficiency (38 percent), employee productivity (36 percent) and business growth (31 percent) as the top three benefits afforded by technology.

While the industry is currently perceived to have seen little impact from technology – just 50 percent of the public think so – it is actually one of the most forward looking. When asked which technologies organisations will be implementing in the next 12 months, Robotic Process Automation (RPA) (31 percent), Artificial Intelligence (AI) (30 percent), and biometrics (28 percent) came out on top.

“The transport sector is changing faster than ever before – and its positive approach to technology adoption can bring huge advantages for UK citizens and sector organisations,” said Russell Goodenough, Client Managing Director of Transport at Fujitsu. “As we look ahead, it’s clear we can expect significant further changes as technologies like AI and biometrics are rolled out across the sector. What’s critical now, is for transport leaders to develop clear digital strategies that will see the greatest impact made, so that we can help provide the technology and expertise to help them succeed.”

The UK public is also keen to see technology-fuelled change in the transport sector, naming it as the top industry for this (28 percent) after education (40% percent). Almost a fifth (18 percent) believe transport is changing more than any other industry today, with nearly half (43 percent) saying electric cars will make the most positive impact on their lives. Second only to 5G mobile networks (44 percent).

However, from the public’s perspective, there appears to be reticence to embrace some new technologies; 41 percent are uncomfortable with the idea of driverless car, with only 18 percent of the public willing to put their child in a driverless car. From a business perspective, despite the positivity around technology, just 55 percent of business leaders feel fully prepared for technological change, less than the national average (63 percent).

“We must be responsible with the opportunities that technology affords the transport sector,” continued Goodenough. “Skills is one area that must be tackled head on, only 58 percent of transport professionals believe employees have the skills to take full advantage of new technology. If we are to realise the sector’s digital potential, we must look at how we train and reskill workers to meet the demands of a technology-driven environment.”