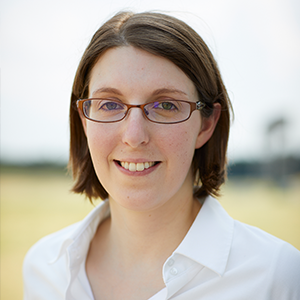 Amy said: “I am thrilled to have been named Autocar’s Rising Star. To be recognised for my work in future autonomous cars is really exciting. Encouraging young people to consider automotive careers is so important to the future of our industry.”

Jaguar Land Rover employees took 21 of the 100 places in Autocar’s list of British women in the car industry. Among them was 21-year-old Chloe Crutchlow, who won the Apprentice category for her work on the emissions measurement technologies.

The Autocar Rising Star awards identify and celebrate the British car industry’s most promising future female talent, highlighting the range of career opportunities available. The awards celebrate roles from retail to manufacturing, from vehicle development to communications. Amy Rimmer was chosen as the overall winner from the shortlist of category winners.

Amy’s passion for numbers led her to study mechanical engineering at Cambridge University, with placements at the McLaren F1 team. She then completed a graduate scheme at Rolls Royce plc, before studying for a PhD, working on autonomously reversing trucks with trailers. Amy joined Jaguar Land Rover in 2015 and now works as a research engineer on ADAS (Advanced Driver Assistance Systems) and autonomous systems and is developing vehicles which can navigate urban environments autonomously.

Nick Rogers, Jaguar Land Rover Executive Director of Product Engineering, said “Our growth in recent years has been phenomenal, with the number of engineers rising to over 10,000. Our focus is on creating pioneering products for our customers and, because we have embraced a very diverse range of global talent into the team, we have been able to develop our engineering skills to help us deliver this. We all know that there is a shortfall of female engineers within the automotive industry but initiatives such as Jaguar Land Rover’s ‘Young Women in the Know’ and our ‘Women in Engineering’ undergraduate scheme have helped to increase our female engineering workforce from nine per cent to 11 per cent. Our aim is to keep encouraging women to pursue careers in engineering and continue to attract more women into our business.”

Jaguar Land Rover provides a range of initiatives to support and nurture future female talent. Currently 15.5 per cent of Jaguar Land Rover’s engineering apprentices are female, compared with a national average of four per cent. The Young Women in the Know programme supports young women by challenging perceptions that the automotive industry is unsuitable for women. Jaguar Land Rover has a wide range of other educational initiatives which aim to excite young people about engineering and encourage them to pursue STEM (science, technology, engineering and maths) subjects at GCSE-level and beyond.