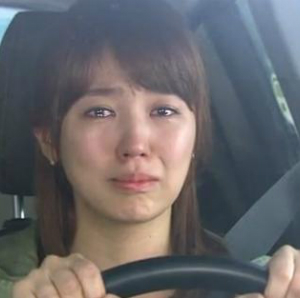 A study conducted by Virginia Tech Transportation Institute (VTTI) concludes that driving whilst sad, angry, or emotionally agitated can increase the risk of a crash or road accident significantly. It also found that engaging in what it calls “distracting activities” such as adjusting Sat Nav, in-car touch-screens or checking a mobile phone can double the risk of a crash.

The research, which included more than 3,500 participants and was conducted over 6 different data collection sites in the US is the largest study of its kind. The naturalistic driving study method which was pioneered at the Virginia Tech Transportation Institute involves equipping volunteer participants’ vehicles with unobtrusive instrumentation, including a suite of cameras, sensors, and radar, that continuously collects real-world driver performance and behaviour, from the time the drivers turn on the ignition to the time they turn off their vehicles.

Commenting on the findings, RAC spokesman Simon Williams said: “The fact this was a long-term study using video to observe drivers’ behaviour at the wheel makes it particularly significant and its findings therefore need to be heeded as they show just how prevalent distractions in accidents are.

“We know being distracted at the wheel can have tragic consequences but, based on this research, UK Government statistics around contributory factors in accidents seem to dramatically downplay the effect of distractions as they report that only 4% of road deaths in 2014 were attributable to them.

“Not surprisingly the research shows just how dangerous the use of hand-held phones when driving can be, but it also highlights the dangers of other forms of distraction such as interacting with passengers, reaching for an object and the impact of drowsiness and fatigue.

“All it takes is a moment’s loss of concentration from reaching for a mobile phone, fiddling with a sat-nav or adjusting an in-vehicle device to lose control and find yourself involved in a life-changing accident.

“The latest RAC Report on Motoring shows the dangers posed by other motorists using their hand-held mobile phones to talk, text or go online are a growing worry for many drivers with more than a third (34%) saying this is one of their top four areas of concern.

“There is still a surprising number of motorists (12%) who think that it is acceptable to take a short call with a hand-held mobile phone while driving, despite this being illegal since December 2003.”