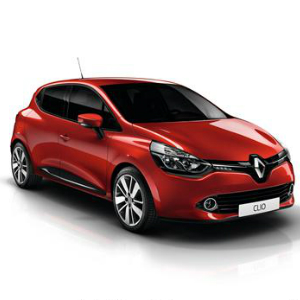 Renault has announced free of charge specification upgrades to its Clio and Captur models.

DAB radio is now standard equipment on Clio and Captur models fitted with either the MediaNav or R-Link infotainment systems meaning that all, apart from entry level versions, now come with DAB as standard. The introduction of the DAB radio means passengers now have access to even more radio stations whilst on the move. Both MediaNav and R-Link have also been upgraded, with the newly-redesigned MediaNav gaining Bluetooth™ streaming, TMC traffic information and SIRI “Eyes-Free” for compatible iPhones. The updated R-Link system has a new, clearer and more sensitive screen, allowing multi-touch gestures such as ‘pinch to zoom’.

The Clio Expression+ trim level has been renamed as Clio ‘Play’ to bring the B-segment supermini into line with its smaller city car sibling, Twingo. Meanwhile, the Dynamique S Nav gets a new-look leather steering wheel and grey upholstery.

The Clio is available in five trim levels and with a range of two petrol and one diesel efficient engines and is priced from £11,145. Despite the specification upgrades, the Clio is still available with numerous personalisation options such as the GT Line look pack, coloured 16” and 17” alloy wheels, exterior and interior coloured touch packs. Accessory packs such as the carbon-look Styling Pack, a sporty Spoiler Pack, a Protection Pack to include parking sensors and a Touring Pack with quick-release tow bar are all also still available.

The Captur is available in four trim levels and with a range of two petrol and two diesel engines and is priced from £14,295. Captur is the best-selling compact crossover in Europe year-to-date in 2015 and, as of the end of August this year, had sold over 416,000 vehicles globally since launch in 2013.