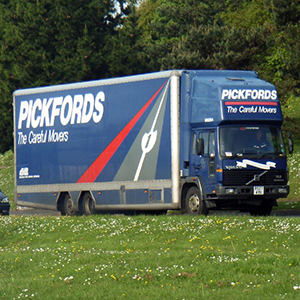 A nationwide removals firm have been fined £5,000 after a forklift truck reversed into a worker at their Essex site, causing him serious injuries.

The unnamed victim, a 58-year-old Braintree man, suffered three broken toes and a dislocated foot after being struck at Pickfords’ Cressing depot, on April 9, 2013.

He has since had to wear a special support in his shoe to help him walk correctly and only returned to work last month.

Health and Safety Executive (HSE) investigators discovered Pickfords did not have sufficient procedures in place to keep pedestrians away from operating forklift trucks.

The court heard the forklift truck also had had a broken reversing alarm when the incident happened, which had not been working for more than a year.

“This was an entirely preventable injury caused by Pickfords’ failure to recognise the hazards arising from loading operations at their premises.”

Keith Waller, Inspector at the HSE, said: “This was an entirely preventable injury caused by Pickfords’ failure to recognise the hazards arising from loading operations at their premises.

“The risks to pedestrians when they’re near to operating forklift trucks are very serious, but also well documented.

“There is no excuse, therefore, for companies to neglect safety.

“Pedestrians, whether they are employees or not, must always be kept separate from operating forklift trucks through a safe system of work that is clear and well adhered to.”