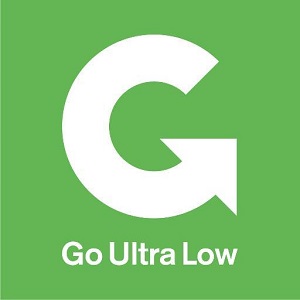 Figures released today by Go Ultra Low reveal that the overall number of pure electric and plug-in hybrid vehicles registered has risen every month so far this year, with one being registered every 9 minutes in the UK*. The first half of 2018 saw 28,054 registered to drivers, a 25% increase on the same period in 2017 – which was the most successful year-to-date for the plug-in car market.

These encouraging figures come the same week as the government has launched its ‘Road to Zero’ strategy, which sets out ambitious new proposals to enable the deployment of thousands of new chargepoints.

Plug-in hybrids delivered the highest volume of registrations, with more than 21,000 having arrived on UK roads in 2018 so far. Meanwhile, bolstered by the launch of the new model in April, the Nissan LEAF continues to be the most popular pure electric car. A further 1,501 took to the roads in Q2, taking the total number of new LEAF registrations in 2018 to 3,511.

The latest figures reveal an increasing appetite for pure electric and plug-in hybrid vehicles amongst private and business motorists. Following a strong performance in the first three months of the year, the second quarter of 2018 saw a further 14,655 cars find homes, a 10% increase on Q1. This takes the total number of pure electric and plug-in hybrid cars registered to date to 161,409.

Driven largely by London, the South East is the region where new registrations have been highest; 9,880 pure electric and plug-in hybrid vehicles were registered here in the first six months of this year, 36% of the total number. Other regions are also joining the electric vehicle movement, with the South West (4,003), West Midlands (3,890), East Anglia (2,487) and Yorkshire (1,941) rounding out the top 5.

Jesse Norman, Electric Vehicles Minister, said: “There has never been a better time to own an electric vehicle and these latest figures show growing numbers of people are making the switch.

“Our mission is for all new cars and vans to be effectively zero emission by 2040. That is why we are ensuring that the UK is the best place in the world to build and own an electric vehicle.

“The recently launched Road to Zero strategy sets out one of the most comprehensive support packages in the world for the transition to zero emission vehicles, including measures which will help enable hundreds of thousands of new chargepoints across the UK.”

Poppy Welch, Head of Go Ultra Low, said: “After a strong year in 2017, the plug-in car market has continued to accelerate. With ongoing Government incentives, increasing product choice and expanding charging infrastructure, it is difficult for drivers to ignore the environmental and cost-saving benefits these vehicles bring and we expect this trend to continue as we move into the second half of the year.”

Go Ultra Low is a collaborative campaign and is the first of its kind, bringing together a consortium of vehicle manufacturers, government and the Society of Motor Manufacturers and Traders (SMMT). Find out more about plug-in and hydrogen-powered cars and vans at www.GoUltraLow.com.