The Quaife Atb Differential: Choice Of The OEM 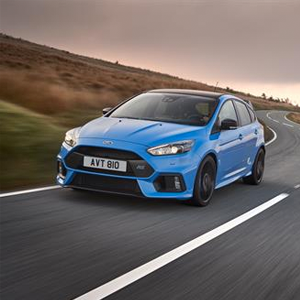 Quaife are delighted to announce that Ford Performance have once again chosen the Quaife ATB Differential as the official performance option on their Focus RS.

Following on from the success of both the Mk1 and Mk2 Focus RS that featured the Quaife ATB Differential, the Blue Oval’s performance arm has confirmed that this precision engineered part will officially be available as part of the Mk3 Focus RS Options Pack. The Focus RS Options Pack sees the Quaife ATB Differential heighten the performance potential of this award winning hot hatchback to a new level.

The Quaife ATB Differential has been designed and engineered specifically for the Mk3 Focus RS. Despite the impressive array of electronic driving aids already fitted to Ford’s market leader; included of which is the Dynamic Torque-Vectoring All-Wheel Drive system, there is no substitute for the raw mechanical grip offered by the Quaife ATB Differential. Developed to appeal to performance driving enthusiasts, this represents accessible performance at its finest.

The long standing and well proven formula behind the ATB Differential is unparalleled in its manufacturing quality and unrivalled when it comes to reliable performance. Featuring helical gears rather than clutch plates, it results in a component that doesn’t wear out. It is for these reasons the ATB Differential is regularly chosen by OEM manufacturers as the primary upgrade to their special series and high-performance model lines.

Did you know we have over 350 different ATB differential applications? With over 50 years of design and development under our belts, we have designed and manufactured ATB differentials for a wide range of applications, from the smallest go-kart differentials to the largest commercial vehicle and military applications. The Quaife ATB is used around the world to provide better traction and faster cornering.