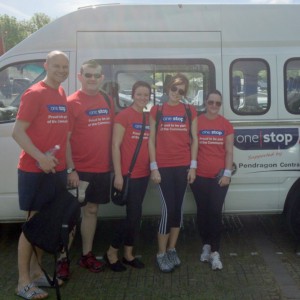 Pendragon Contracts have helped boost two Midlands charities after sponsoring a minibus used in a recent kayaking community fundraiser by One Stop Stores.

Zoe Hudson, People Team spokesperson, said: “It was a tough physical challenge but the fantastic team spirit of all that took part along with the enthusiasm and help from our supporters and partners really spurred the team on to complete it.

“We’re delighted to be supporting such worthwhile causes and are grateful to those that helped to make this happen.”

Nancy Pavey, Customer Relationship Manager at Pendragon Contracts, added: “Pendragon Contracts aligns itself with a variety of community projects annually and we were pleased to be able to provide assistance with transportation for the committed kayaking team.”