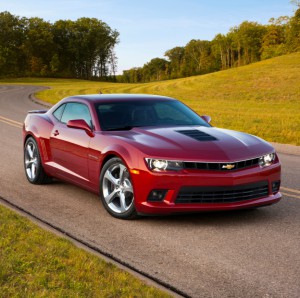 OVERHAUL: New Camaro due in November

The overhauled Chevrolet Camaro will arrive in the UK in November, it has been announced, with prices starting from £35,320.

Chevrolet claim the redesign is as significant as 2006’s fifth-generation Camaro concept car, with the changes giving the car a more contemporary feel.

At the rear, a sculptural deck lid, horizontal lamps and diffuser complete the performance car’s overhaul.

The manual convertible version will be priced from £40,320.

Chevrolet is the world’s fourth-largest car brand, with annual sales of almost five million cars and trucks in more than 140 countries.