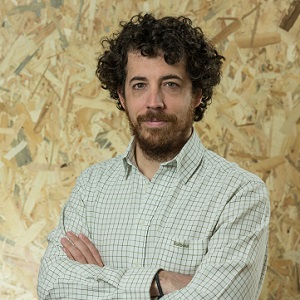 OnTruck, the haulage tech platform, has raised 25M€ from a group of investors to fund its expansion across Europe and consolidation of its position in the U.K. and Spain. The series B funding round was led by global venture capital fund Cathay Innovation, with participation from new investor GP Bullhound and existing investors Atomico, Idinvest Partners, All Iron Ventures, Total Energy Ventures, Point 9 Capital, and Samaipata Ventures.

OnTruck’s network of vetted truck drivers offers shippers guaranteed capacity and industry-leading service to ensure shipments are delivered reliably and on time. With their proprietary technology, OnTruck automates the matching of loads to trucks, and provides real-time GPS tracking of all shipments. Clients include large multinationals such as Procter & Gamble, Decathlon, as well as over 400 mid-sized companies in Spain and the UK.

Commenting on the Series B funding, OnTruck CEO, Iñigo Juantegui, said: “This new round is a great signal from the market that we are on the right path towards becoming the leading road freight platform in Europe. The funds raised will go toward consolidating our market positions in Spain and the UK and expanding across Europe.”

What allows OnTruck to stand out from the pack is its focus on short-haul transportation. “Regional trucking is where shippers and truck drivers suffer from the most inefficiency, with over 40% of kilometers driven empty”, said Iñigo. “This is where OnTruck’s technology and our shipper and driver app can add the most value to lower supply chain cost for shippers and empty kilometers driven by truckers.”

Jacky Abitbol, Partner at Cathay Innovation, added: “We are very proud to support OnTruck in its development and to become one of its shareholders. This outstanding company is ahead of the crowd in a sector going through a fast digital transformation, and its talented management was the first to have an international vision and set ambitious goals. OnTruck has all the keys to become the European leader in road freight. Cathay Innovation, with the backing of its strategic allies, will support OnTruck in its growth and cross-border expansion to new countries including France.”

Carolina Brochado, Partner at Atomico said: “This funding round is a reflection of the incredible momentum that we are seeing around OnTruck. The company is growing rapidly in both Spain and the UK, and attracting some of the best talent from the tech and logistics industries alike. Meanwhile shippers and hauliers are seeing huge benefits from the efficiencies that the OnTruck technology platform brings to their businesses. The team is now focused on replicating the successful playbook in other markets across Europe.”