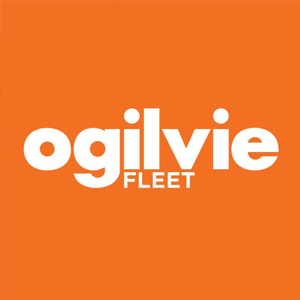 Business is booming for Ogilvie Fleet which has recruited a further two members to its South of England sales team.

The company has seen the number of company cars and vans on its books under lease and fleet management arrangements expand to more than 15,000 units as it targets a fleet of around 20,000 vehicles in the coming years.

Sarah has enjoyed a career of more than 15 years in the contract hire industry, holding front line sales positions with both LeasePlan and ALD Automotive. Sarah has joined Ogilvie Fleet from Daimler Fleet Management, where she held a new business and account management role for the Southern region.

Meanwhile, Lance, a former apprentice footballer at Bristol Rovers, has joined Ogilvie Fleet from the Toomey Leasing Group where he successfully grew Southern region business over the past two years.

Ogilvie Fleet launched its South of England sales team almost two years ago and Ms Clark said: “Creation of the southern team means that Ogilvie Fleet delivers a truly UK-wide coverage as it expands towards a 20,000-strong fleet.

“Since launching there has been incredible growth across the South of England from Ogilvie Fleet’s heartland in Scotland, the North of England and the Midlands. The continuing increase in our customer base coupled with significant new business signings has resulted in even greater demand from businesses to talk to Ogilvie Fleet about the range of solutions available resulting in the further expansion of our sales team.”

Much of Ogilvie Fleet’s expansion can be attributed to its multi award-winning IT and customer service.

Ogilvie Fleet has invested heavily in the driver and fleet manager experience with industry-leading systems. This has seen its reputation for customer service recognised with a string of awards, notably becoming the first vehicle leasing and fleet management company to win a Fleeteye CSI (customer satisfaction index) award seven times in succession.

Ms Clark said: “Ogilvie Fleet has IT systems and customer service support in place and allied to the desire and capability to expand our product offering is proving attractive to fleets of all sizes and in all sectors of the market.

“Our fleet size continues to grow month-on-month and, while we have a desire to expand further, we are determined that growth will not be at the expense of our ability to deliver first class levels of customer service. It is our industry-leading customer service supported by our innovative IT solutions that are under-pinning current growth and will be the catalyst for future expansion.

“We have immense capacity from our IT and technical capability to support fleet growth and now we have further expanded our sales team to deliver on our expansion ambitions.”