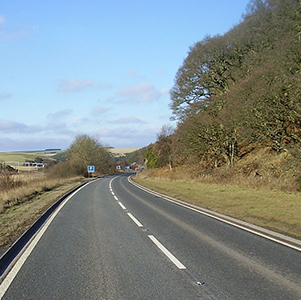 The Highways Agency have revealed £500million plans to improve the North-East’s road infrastructure.

Key work will take place on the A1 north-south corridor between Leeming and Berwick, with improvements also being made to the A19 and A66.

Jeremy Bloom, Major Projects North Divisional Director at the Highways Agency, added: “We will begin work to upgrade the A1 between Coal House and the Metro Centre this summer.

“This newly-extended scheme aims to improve journey time reliability, increase capacity, reduce the number and severity of accidents, and support local regeneration and development plans in the Newcastle and Gateshead area.

“This scheme will see 3.98miles of the A1 widened to three lanes in both directions – an additional 3.05miles to what was previously planned, meaning the Western Bypass will be improved from the Coal House junction up to the Metro Centre junction, not just from Lobley Hill to Dunston.”

The A1 upgrade between Leeming and Barton, just south of the region, will see the existing 12mile dual carriageway replaced with a new three-lane motorway.

This route carries between 59,000 and 69,000 vehicles per day and is the only section of non-motorway on the strategic M1/A1(M) route between London and Newcastle.

The scheme will include provision of a new local access road alongside the new motorway, a new grade separated junction at Catterick and an improved junction at Scotch Corner.

A major programme of resurfacing work is also taking place on the A1 north of Newcastle, with 11 large schemes planned to take place from April 2014 to December 2014.

Resurfacing work will also be taking place, on the A1(M) north of Durham.

The first of four pinch point schemes in the region will get underway in May.

A A19/A689 Wolviston Interchange scheme near Wynyard aims to improve capacity and reduce congestion at this junction.

There will also be concrete central reservation barrier work on the A1(M) at junction 62 (Durham).

This improvement work will replace the existing wire rope barrier in the central reservation with a new concrete barrier.

Major resurfacing work will also be taking place on the A66 between Preston Farm and Elton and on the eastbound A66(M) east of Darlington..

Vanessa Gilbert, Regional Director at the Highways Agency, said: “This is good news for road users across the region.

“We are carrying out a large programme of work, as quickly and efficiently as possible, in order to invest in the economy and support growth.

“These road improvements will deliver benefits to drivers in the long term by tackling congestion, making journey times more reliable and improving safety.”