No One Loves a Drunk Driver 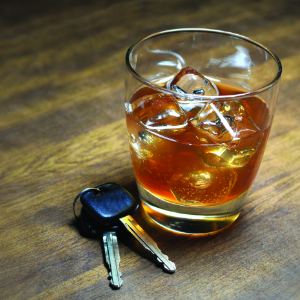 A new survey from Brake and Direct Line has revealed that one in five drivers have risked driving the “morning after” a night of heavy drinking, when they may still be over the limit. Almost one in ten (nine per cent) do it at least once a month and one in 20 (five per cent) take the risk on a weekly basis.

With Valentine’s Day falling on a Sunday, many couples may choose to celebrate when they have to work the following day.  But if they share a bottle of wine, and maybe a couple of cocktails or beers, it could mean they are still over the limit the next day. If they have to drive to work or use a vehicle for their job they will be both a danger to themselves and other roads users, as well as breaking the law.

The amount of time it takes for the body to break down alcohol depends on many different factors such as age, weight and metabolism but, as a rough guide, it takes around an hour to process a single unit. One drink, however, rarely contains just one unit of alcohol; it will take the body around three hours to break down the alcohol in a large glass of wine or a pint of strong lager.

Whether its a family party, a special occasion or entertaining clients, its worth you  and your employees knowing the legal limits and time frame before its safe to drive again.

If someone drives at 8 am after they have been drinking until midnight, there is a serious risk they could still have alcohol in their system and not be fit to drive. 12 per cent of people in our study said they would drive at 8am or even earlier.

Almost a third of drivers (32 per cent) very sensibly won’t drive at all the day after drinking, but 21 per cent would drive at 11am or earlier, when they could still be over the limit if they had drunk around 11 units and stopped drinking at around midnight.

One in eight drivers who fail a breath test are caught the morning after and more drivers have been caught over the limit after a crash between 6am and lunchtime on a Monday than on any other weekday for the last three years.[i]

Brake has developed a morning after calculator to help people work out when they will be safe to drive again.

Make sure you have completely got rid of any alcohol from your system before driving. Drinking coffee or water, sleeping or having a shower cannot sober you up. The only thing that will is time.

As a rough guide it takes an hour to process each UNIT of alcohol but you should always allow longer and err on the side of caution. Each drink you have may contain many units.

If you usually drive to work, consider using public transport, walking or taking a taxi to make sure you are not a danger to yourself or any other road users.

Penalties: In the UK if a driver is over the drink-drive limit, and/or driving while impaired by alcohol, they can receive a maximum penalty of six months in prison and an unlimited fine. Anyone convicted also receives an automatic one-year ban. If a driver kills someone while under the influence of alcohol, they can be charged with death by careless driving while under the influence of drink or drugs, which carries a maximum penalty of 14 years in prison.