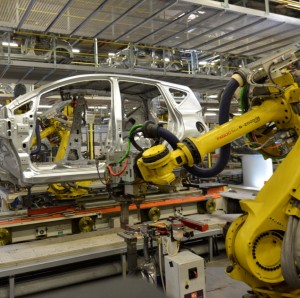 Nissan’s new-generation Qashqai is now in production at the company’s record-breaking Sunderland plant.

The new version of the best-selling crossover, of which one model is built every 61seconds, was launched at a ceremony at the plant today.

Its construction in Sunderland has supported more than 7,000 jobs at the plant, for the first time in its 28year history.

Trevor Mann CBE, Chief Performance Officer at Nissan, said: “The Nissan Qashqai blazed a trail when we started production in 2006.

“It invented the Crossover segment, propelled the Nissan brand in Europe to a new level and helped our plant in Sunderland to set new standards in productivity and quality.

“The new Qashqai, with its bold design and segment-leading technology, will once again elevate Nissan to a new level, as the benchmark for the second generation of Crossovers and our flagship model in Europe.”

“Nissan supports 40,000 jobs across the UK, and when you add that to the half-a-billion-pound investment that Nissan have made in this country for this new model, it shows how our long-term plan is giving companies the confidence to invest and create jobs in Britain.”