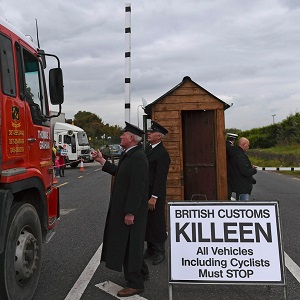 The Haulage Permits and Trailer Registration Act has been given Royal Assent. It will ensure that the UK has the powers it needs to support British hauliers to continue operating internationally after exiting the EU.

The government’s White Paper stated that its overall aim in its negotiations with the EU is to retain reciprocal access for road hauliers, however, it is possible that the future exit deal could require a form of permitting system.

The new act provides the government with flexibility to create legal frameworks in place to introduce a new administrative structure.

The key elements of the act include establishment of a framework for the regulation and enforcement of existing permit arrangements with non-EU countries which may be used to manage permits arrangement with EU, ensuring hauliers can obtain the necessary paperwork to provide services after the UK leaves the EU.

There will be an establishment of a trailer registration scheme allowing UK trailers users to meet the registration standards outlined in the 1968 Vienna Convention – this will ensure UK operators driving on the continent can comply with the requirements of those EU countries which require the registration of all trailers travelling on their roads.

The DVSA is making progress in creating a permit administration scheme and the DVLA on establishing a trailer registration scheme. It is intended that both will be open for applications later this year.

The department has also begun working with stakeholders to produce a trailer safety report. This follows extensive debate around trailer safety during Parliamentary consideration of the act. The report, scheduled to be published by July 2019, will consider whether mandatory registration and periodic roadworthiness testing should be extended to additional trailer categories.

Volvo Trucks UK and Ireland has appointed Hannah Burgess to the newly created position of Director of New Vehicle Sales, based at the company’s head office in