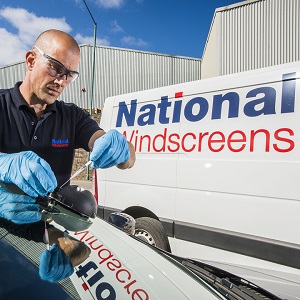 National Windscreens has won a contract from the Ministry of Defence to be sole supplier for windscreen repair, replacement and Advanced Driver Assistance Systems (ADAS) calibration requirements on all British Army “green” vehicles throughout the UK and Europe.

The five-year contract, with an option of two one-year extensions, was awarded after a competitive tender process with three UK windscreen companies.

National Windscreens had been the sole supplier to the British Army for the previous six-year contract. This new agreement will see the company provide support to “green” army vehicles, from the Land Rover Wolf to the Foxhound protective vehicle and large MAN Logistic Support Vehicles (LSV), as well as a wide range of other vehicles based in the UK or operating throughout Europe.

The contract includes the provision of replacement anti-bandit and armoured glass.

“We’re very pleased to have won such a significant contract with the MOD, building on our previous six years working with the Army,” said John Poole, regional head of sales at National Windscreens.

“We’re already experienced in delivering glass repair and replacement services for British Army vehicles. We also stock a wide range of specialist glass to ensure we get these vehicles operational as quickly as possible which is important for a client such as this where a fast response is imperative.”

National Windscreens will deliver this service through its network of 108 fitting and calibration centres and 800 mobile technicians in the UK, together with its Automotive Glass Europe® network boasting over 7,000 specialist technicians operating from 1,500 fitting centres across Europe.