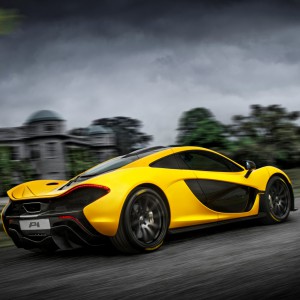 Mike Flewitt is the new CEO of McLaren Automotive.

Before joining McLaren, he was Vice President of Manufacturing at Ford of Europe and Corporate Officer of Ford Motor Company.

Ron Dennis, Chairman of McLaren Automotive said: “Mike has proven to be an automotive professional of the highest calibre and since joining the company one year ago he has contributed significantly to the delivery of the McLaren Automotive vision.

“The company has already achieved a great deal, including launching three of the world’s most exciting high performance sports cars, establishing a global dealer network and developing the world class McLaren Production Centre.

“McLaren Automotive has laid solid foundations for a great future and I am confident that as CEO Mike will play a major role in helping the company to achieve its potential.”

Mr Flewitt qualified in Manufacturing and Mechanical Engineering in 1987 and completed a post-graduate qualification in Management and Project Management at Salford University in 1996.

He said: “In the year I have been with McLaren, we have launched the 12C Spider and revealed the McLaren P1, both outstanding sports cars and testament to the talented and hard-working team I am honoured to be a part of.

“We have a solid product and business plan in place for the future which I look forward to steering.

“McLaren is a very exciting place to be right now.”

The announcement comes as the company prepares for first deliveries of their most ambitious and technologically advanced product to date, the McLaren P1.