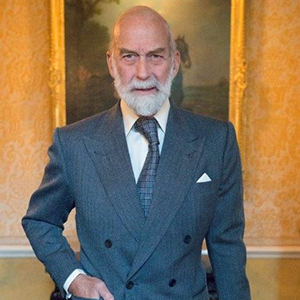 His Royal Highness Prince Michael of Kent will open the all-new ‘Built In Britain’ feature on Thursday 17th May at The Confused.com London Motor Show 2018.

The show’s patron will officially open the 2018 event before embarking upon the opening of the unique ‘Built In Britain’, which pays homage to the British automotive industry during the press and trade afternoon on the inaugural day of the four-day extravaganza.

An established promoter of road safety, Prince Michael is a keen ‘hands on’ motoring enthusiast and has run the Prince Michael International Road Safety Awards for 30 years. As well as being President of The Royal Automobile Club, he is an honorary member of the Bentley Drivers’ Club and the British Racing Drivers’ Club.

The all-new ‘Built in Britain’ feature hosts the very best in British automotive manufacturing and motoring, with an intense variety of vehicles from well-known brands. This centrepiece exhibit is fundamental to showcasing the sheer quantity of brands that use Britain as their base for design and production.

The Confused.com London Motor Show 2018 will take place from 17th-20th May at the ExCeL Exhibition Centre. Thanks to the overwhelming success of the 2017 show, the internal space boasts 2.5 times the amount of the previous location to support more jaw-dropping cars and interactive demonstrations.

Alec Mumford, Chairman of The Confused.com London Motor Show, said: “It is an enormous privilege to have HRH Prince Michael of Kent as a patron for The London Motor Show and we are delighted that he will formally open the show’s ‘Built In Britain’ feature. A celebration which will allow visitors to appreciate and admire Britain’s automotive narrative, there is no better person to open the exhibit and the show than the shows longstanding patron.”

Tickets start at just £18.50 and one child (under 17) goes free with a paying adult. They’re on general sale now and available to purchase at www.thelondonmotorshow.co.uk.