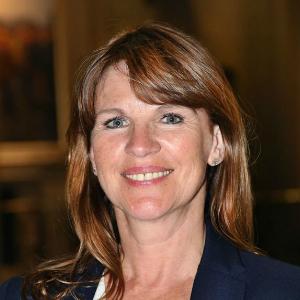 Lisa Fuller has been promoted to Brand Marketing and Communications Manager at Iveco, building on a 30 year career with the company. She takes over responsibility for the department from Nigel Emms, Director Brand and Communication, who is retiring after 27 years in the role.

Fuller joined the department in 2000 as Communications Co-Ordinator, before being appointed Press Relations & Events Manager in July 2012. She previously worked in Human Resources, taking her first position at Iveco Ford Truck’s Watford head office in 1986.

In her new role, Fuller will work closely with the Truck Business Line and Light Business Line to support Iveco’s full range offering in the UK and Republic of Ireland, bringing extensive experience of the company, its product range and its dealer network. Her role includes responsibility for advertising, exhibitions, events, product launches and public relations. She will be based at Iveco’s new UK headquarters in Basildon, Essex.

Commenting on her appointment, Fuller says: “I’m really looking forward to the opportunities ahead. We’ve had an incredibly busy first half of the year with the launch of two new products into the market, and on the back of our biggest ever CV Show commitment. Our focus is now shifting to the roll-out of the next generation Stralis XP – arguably one of the most exciting heavy trucks being launched this year.”

Emms leaves Iveco after a distinguished career leading a department responsible for public relations and events. During his time at Iveco Emms was a co-founder of the annual Transport News Scottish Rewards event, which is now in its 23rd year. Prior to joining Iveco in 1990, he held a number of senior positions in the commercial vehicle industry.