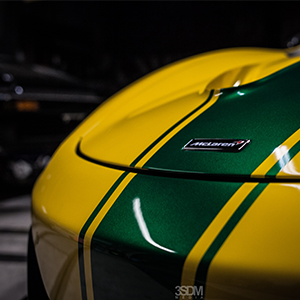 The London Motor Show is thrilled to announce that world-renowned Japanese tuning company Liberty Walk will be exhibiting is unique creations at this year’s event.

After the overwhelming success of the inaugural event, The London Motor Show returns to Battersea Park in the capital this year from 4-7 May – and it’s set to be even bigger and better than ever.

With displays from some of the most high-profile names in the automotive industry, there’ll be plenty to see at Battersea Park over the three days. And it’s safe to say that Liberty Walk’s stand could hog plenty of limelight.

The famous tuners will be handing a UK debut to its stunning McLaren 650S at The London Motor Show, having recently stolen the show at the Geneva Motor Show in Switzerland.

With a unique Liberty Walk bodystyling and livery, new front bumper, side diffuser, rear bumper, a massive elevated rear wing and a wide fender, the McLaren screams for attention wherever it goes.

The 650S will take pride of place at Liberty Walk’s main stand inside the show, but it will also have space for two more models at the show and is planning something special.

Having recently joined forces with Vorsteiner to become its official European distribution partner, The Performance Company will give visitors the chance to sample the very best the American brand has to offer on British shores for the first time. 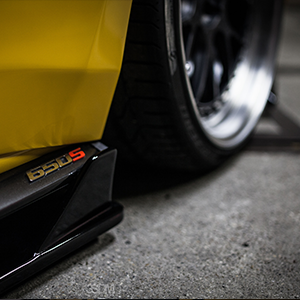 Alec Mumford, Chairman of The London Motor Show, said: “We are delighted to welcome Liberty Walk and can’t wait to see the McLaren 650S in Battersea Park in all its glory. These guys really know how to add drama to an already dramatic car, and they certainly have enough in their armoury to be a star of the show. Liberty Walk will invite a new, youthful audience to The London Motor Show and we are very excited for them to set up here.”