A Introduction Of E10 Petrol Can Benefit UK 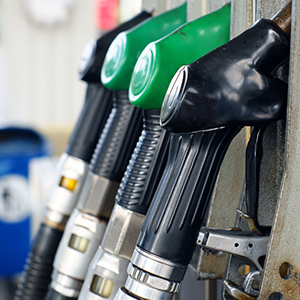 The expert group convened under the auspices of the Low Carbon Vehicle Partnership concluded that the introduction of petrol with a 10% bioethanol content (E10) would be one of the most cost-effective means of rapidly reducing carbon emissions from road transport currently available to the UK.

It would also make an important contribution to the UK’s efforts to reduce CO2 from road transport by displacing 10% of fossil petrol with renewable bioethanol in transport by 2020. However, its introduction needs to be thoroughly and carefully planned to ensure effective market transition.

The UK has committed to an 80% greenhouse gas (GHG) reduction by 2050 and currently the transport sector contributes around a quarter of these emissions so must play a significant part in the reduction.

In the long-term, dramatic reductions will be achieved through road transport electrification and complementary decarbonisation of the grid, but the UK will remain reliant on liquid fuels for some decades to come.

Bioethanol in the UK is produced through the fermentation of wheat or sugar beet. The UK has two of Europe’s biggest bioethanol plants: Ensus on Teesside and Vivergo Fuels in Hull. Both distil locally grown wheat to produce bioethanol, with protein-rich animal feed as a by-product.

Combined, the two companies can produce over 800m litres of bioethanol a year directly employing around 200 people, as well as contributing to a much larger number of agricultural and supply chain jobs.

All modern petrol cars are designed, certified and optimised to use E10.  There are still a small number of older non-classic cars, particularly those produced in the 1990s and before, which are not warranted for E10 use, but the majority of these are expected to be scrapped by 2020.

The LowCVP E10 Group, which has published the report on ‘Successfully Deploying E10 Petrol’, finds that there are a number of key challenges in the introduction of E10 petrol, but which the Group agrees can be overcome by working together. These challenges include:

•  While over 93% of petrol vehicles are suitable to use E10 petrol, a minority of older vehicles are not. Therefore, E10 petrol must be introduced and labelled as a completely new fuel grade.

•  The UK fuel supply chain is efficient and optimised to provide two petrol grades, which already contain up to 5% bioethanol. ‘Regular’ 95 E5 and ‘Super’ 97 E5. Converting the “regular” volume grade to 95 E10 would be the most cost effective and rapid way to introduce the new lower carbon fuel.

•  Bioethanol has a lower energy content than petrol and, consequently, the volumetric fuel consumption using E10 petrol is expected to be slightly (1.5%) more than E5 petrol.

•  Consumers must be empowered to make informed decisions, based on robust data, following the introduction of E10 petrol.

The E10 Group agreed that 95 octane E10 should ideally be introduced and deployed rapidly to achieve a high market share (85%) due to the nature of the UK fuel supply chain and for the UK to benefit environmentally and economically.

Its successful, rapid deployment will require fully coordinated action from all stakeholders involved and it will require Government to play a leading role.

To ensure a successful launch of the fuel, the E10 Group identified the need for:

The E10 Group recommended that 95 E10 fuel should be deployed to make a material contribution to the achievement of the UK’s Carbon Budgets. It also recommends introduction in sufficient time to contribute to meeting the UK objective to ensure that at least 10% of the country’s transport fuels come from renewable sources by 2020 and immediately secure jobs in the renewable sector in the UK.