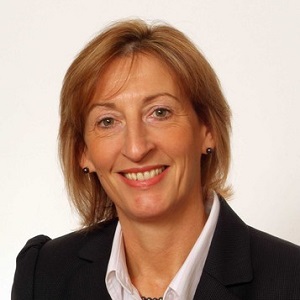 Five people die every day on UK roads and around 60 people are seriously injured according to road safety charity Brake, and RedArc believes insurers could be the key in providing victims and their families with emotional support after an accident.

In RedArc’s experience, those involved in road traffic accidents are physically well cared for by the NHS but the psychological impact of an incident can often be overlooked. The after-effects can be felt by those injured in the collision, their families, as well as drivers who may have caused the incident, where the aftermath of a road crash can be devastating.

People can also experience trauma following a minor accident even if they weren’t injured or driving the car at the time. They may have witnessed the incident, and the stress that this can cause should not be underestimated.

Christine Husbands, managing director of RedArc said: “Whilst the focus is initially on the physical recovery from a road traffic accident, the emotional aspect is rarely the priority but if ignored, the consequences can impact greatly on all areas of daily life.

“Insurers really are in a prime position to support the victim and their family at this point. Motor insurance policyholders will of course be in touch with their provider but other insurers, such as home, travel, life, critical illness and almost all other types of cover, can also add value by providing independent third-party support even though a claim may not be made.

“A financial payout will undoubtedly give immediate relief for the policyholder and their family but providing emotional support not only helps the individual but also helps the insurer differentiate themselves in a competitive market by building goodwill and loyalty from those involved in treatment.”

In the most comprehensive of offerings, the policyholder and their family do not even need to make a claim but can access support directly.

RedArc Nurses find that the effects of an accident can vary greatly, and it’s quite normal to feel a number of different emotions:

The stress and anxiety following an accident manifests itself in various ways including problems sleeping, struggling to eat, digestive problems, or even experiencing aches and pains not linked to any injury sustained.

Some people also suffer extreme emotional symptoms including panic attacks, flashbacks to the event, and vivid dreams and nightmares. Such is the intensity of feeling that people can experience suicidal feelings to escape from their emotional distress. Distressing symptoms usually improve over time with support and care, however if symptoms remain extreme, people may be diagnosed as suffering with PTSD or depression.

Third-party emotional support can help people develop tools for understanding, and techniques to cope with these initial stress reactions as well as provide expertise if symptoms persist: specialist psychological services for trauma such as Cognitive Behavioural Therapy (CBT) and Eye movement desensitisation and reprocessing (EMDR) can be made available and are easily accessible.

Christine Husbands concludes: “Having access to support from someone who is qualified or experienced in supporting people who have suffered a major traumatic event can make such a difference. Providing this service in a timely manner can be crucial in preventing longer-term difficulties for the policyholder or their family.

“We understand that providing added-value services to a policy needs to be a commercial decision, not simply a feel-good factor for insurers. However, evidence shows that insurers who go beyond expectations can win customer loyalty and trust – both hugely sought after differentiators in financial services.”