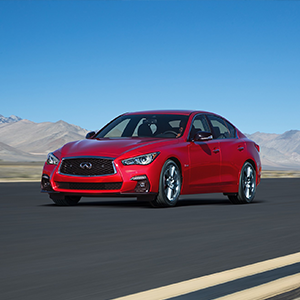 Roland Krueger, President of INFINITI Motor Company said, “Following record sales in 2016 of more than 231,000 vehicles, it is gratifying to see that customers around the world continue to appreciate the design, performance and quality they expect from INFINITI.

Our momentum is of course led by new products, with the QX30 and Q60 now on sale in key global markets. In addition, we are pleased to announce our expansion into New Zealand this year. The momentum continues next week when we unveil the new Q50 in Geneva.

The Q50 is our best-selling vehicle globally and was the first production vehicle in the world to come with steer-by-wire, or Direct Adaptive Steering, a pre-requisite for autonomous drive functions.”

– In China, INFINITI has a February record sales of 2,401 (+8% YOY), contributing to a total of February year-to-date of 5,991 vehicles sold, a 3% increase versus same period last year.