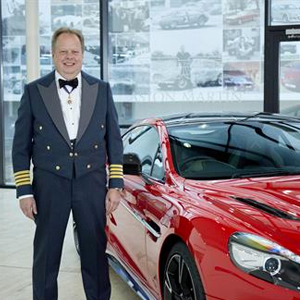 601 Squadron was formed at RAF Northolt in 1925 as one of the first squadrons of the Royal Auxiliary Air Force, under the command of Lord Edward Grosvenor. In the 1920s and 30s, the Squadron attracted many aristocratic young men smitten with the glamour of flying, and the squadron car park was said to have resembled a Concours d’Elegance!

During the Battle of Britain the Squadron operated Hurricane Fighters from RAF Tangmere and destroyed 75 enemy aircraft.  It later went on to fight in Malta, North Africa and Italy, operating with Spitfires, the most iconic aircraft ever operated by the RAF, finishing the war with a total of over 300 enemy aircraft destroyed in combat.  After the War the Squadron operated the RAF’s first jet fighters, the Vampire and Meteor, before being disbanded in 1957.

On 20 April 2017 the Squadron was reformed, as a new hybrid Squadron to provide closer and more formalized links between the wider professional community and the Service. Squadron members will provide experience and expertise from areas outside the RAF and will offer a fresh perspective to hone and improve the RAF’s more innovative thinking.

Palmer said: “I was thrilled with the invitation to become an Honorary Group Captain. The RAF is an establishment very close to my own heart and it is also important to Aston Martin. Our two manufacturing facilities, at Gaydon and St Athan, are both former RAF airfields.

In his role as Honorary Group Captain, Dr Palmer will be working with the RAF to advise on their Thinking to Win programme, a programme designed to re-ignite innovation culture within the RAF. Palmer said: “At Aston Martin we pride ourselves on creativity and innovation; two attributes that are core to our success. I look forward to working with the RAF on their Thinking to Win programme to help inspire and develop the processes that are required to effectively deploy innovation and creativity”.

Earlier this year, Aston Martin announced its partnership with the Royal Air Force Benevolent Fund, one of the leading welfare charities that looks after anyone who is serving, or has served in the RAF, including his or her partners and dependents.