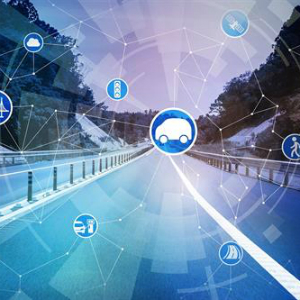 Carlos Ghosn, CEO and Chairman, announced at Web Summit that Groupe Renault has entered into a strategic development agreement with Chronocam SA, a developer of biologically-inspired vision sensors and computer vision solutions for automotive applications. Renault is actively co-innovating with startups for agile development of technologies and this agreement will focus on further developing and applying Chronocam’s innovative approach to sensing and processing visual inputs to Renault’s Advanced Driver Assistance Systems (ADAS) and autonomous driving developments.

Renault previously announced an investment in Chronocam’s Series B round of funding, which raised 15 million USD for the Paris-based start-up and includes a group of international venture capital funds such as: Intel Capital, Robert Bosch Venture Capital, iBionext, 360 Capital and CEA investissement.

Chronocam’s proprietary approach to computer vision leverages the company’s deep expertise in neuromorphic vision sensing, which mimics the human eye, and processing, which mimics the human brain. Because of the efficiencies it realizes through its data capture techniques, the technology can expand conventional vision methods and contribute to better adoption and effectiveness in the automotive market.

The Chronocam technology innovation translates into specific benefits for ADAS and autonomous driving applications, including:

The two companies will work together to apply Chronocam’s technology to areas such as collision avoidance, driver assistance, pedestrian protection, blind spot detection and other critical functions to improve safety and efficiency in the operation of both manned and autonomous vehicles.

“With the ambition to become one of the first brands to offer “eyes-off/hands-off” technology on mainstream vehicles at affordable price, we’re pleased to work with Chronocam on an innovative computer vision technology in order to bring to Renault customers safer and more affordable ADAS and progressively autonomous driving systems,” said Gaspar Gascon, Executive Vice President, Product Engineering, Groupe Renault.

“We are pleased to be able to work with a global leader and innovator like Renault to apply our technology in a practical way to the challenges of connected, smart transportation,” said Luca Verre, CEO and co-founder of Chronocam. “Autonomous vehicles have unique and demanding requirements that Chronocam is well-suited to address, such as require faster sensing systems which can operate in a wider variety of ambient conditions. Together, I am confident our two organizations can continue to advance the capabilities of vision-enabled vehicles.”