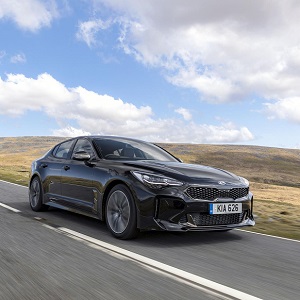 The all-new Kia Stinger, Kia’s ground breaking gran turismo, is continuing its award success by being named New Car of the Year at this year’s Motor Trader Awards. Launched at the beginning of 2018, the most adventurous model in Kia’s history, the Stinger has altered the perceptions of the brand to many.

Julian Buckley, Editor at Motor Trader, said: “Motor Trader asked journalists from such titles as Autocar and Just Auto to put forward their candidates for New Car of the Year and, after some careful deliberation, our panel of industry judges decided on the Kia Stinger. The Stinger was selected over other new models because it is a game changer for Kia. It’s the first rear-wheel drive model to be sold by the South Korean company in the UK, a choice which puts the model in direct competition with some heavyweight competitors. But Kia has knocked this one out of the park.

“The Stinger has the looks and performance to put a smile on anyone’s face. But beyond that, it’s the complete roll of the dice the car represents that makes the Stinger a worthy winner. For taking a chance and hitting the bullseye, Motor Trader is proud to give our New Car of the Year award to the Kia Stinger.”

Simon Hetherington, Commercial Director at Kia Motors (UK) Ltd., commented: “The Stinger has created a real stir in the motoring world since we launched it at the start of this year and we are absolutely delighted that Motor Trader has chosen to make it their New Car Of The Year. Importantly this also recognises what it has meant for our dealer network who have responded with enormous enthusiasm to having such a stunning car in their showrooms. It is changing the way customers look at the Kia brand and show the way we are looking to the future for our customers, our dealers and our company.”

Car of the Year, Kia, Kia Stinger
Pin It
Tweet