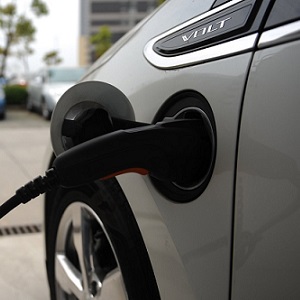 GMB, the energy union, has called on Government and the National Grid to develop a proper plan to power the rise in electric vehicles.

According to one National Grid forecast there will be up to 35 million pure electric vehicles on the roads by 2050, with sales of new petrol and diesel cars halted by Government 2040.

Meanwhile in a recent report entitled ‘The Future of Gas: How gas can support a low carbon future’, the grid says that gas will be fundamental to any realistic future energy scenario and that it is not feasible to switch over to electric heating on the scale required to reduce greenhouse gas emissions to 80 per cent of 1990 levels by the middle of this century.

“With the government committing to ban sales of new petrol and diesel engine cars by 2040, the number of electric cars on our roads is set to rocket to anything up to 35 million, necessitating massive changes to network supply and charging point access.

“National Grid is forecasting up to 30 gigawatts of additional electricity capacity being needed by 2050 to meet peak demand.

“Our current capacity is 61 gigawatts.

“GMB is calling on Government and National Grid to plan and invest now in major infrastructure upgrading and development to ensure we are ahead of the curve.

“With the existing nuclear fleet reaching the end of its natural life over the next ten years, and coal being removed by 2025, an increase in electricity demand of 30 gigs translates into an awful lot of additional power stations.”