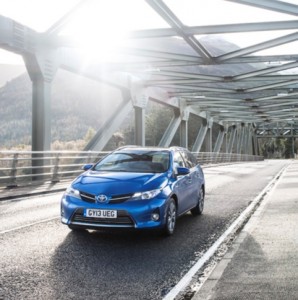 Paul Kenny, General Secretary of GMB, said: “GMB members have supported the union in its actions to improve its environmental impact, and the move over to the Auris represents one of the largest changes we have made to meet that demand.

“GMB has moved from Prius to the new Auris as the successful hybrid power vehicle will be a useful tool for our organisers in their constant drive to serve GMB members.”