Get to Grips with Winter 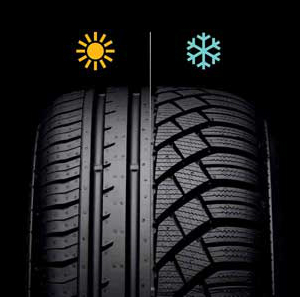 We’ve been warned to expect the worse winter in 50 years as Meteorologists and Oceanographers study the changes to the gulf stream and predict dangerously heavy snowfall. It’s time to make your your fleet is ready.

Winter tyres are designed to perform in temperatures below 7°c so even in a mild British winter they’re the right choice. Kwik Fit say that “winter tyres reduce braking distance significantly in snow and ice”  and due to a compound which contains more natural rubber, winter tyres have increased grip and performance. According to www.kwik-fit.com winter tyres shave a staggering 11 metres off the stopping distance on snow and ice when compared to summer tyres and reduce the distance by almost 5 metres on a wet surface.

Kwik Fit also remind us that winter tyres reduce the risk of hydroplaning which is essential during winter whether we get the predicted snowfall (which will eventually melt) or if we simply get rain instead. research conducted by www.driving.org suggests that drivers are 6 times more likely to have an accident in the winter months (October – March)

If you have a fleet that travels to Europe it is key to remember that they experience much more severe weather in Central Europe and have laws regarding tyres to reflect this.