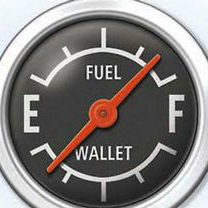 It would be economically irresponsible, if the Chancellor were to increase fuel duty in the March Budget, says the Freight Transport Association (FTA) in response to a leading think tank report published yesterday.

According to the Institute for Fiscal Studies (IFS) annual ‘green budget’, George Osborne, may be forced to raise prices at the petrol pumps to meet his election pledge to eliminate the deficit of £3 billion in the country’s finances.

FTA has said that such a move would hinder the still fragile recovery and further weaken confidence, adding that it is now time for further reductions in fuel duty to keep the economy growing.

James Hookham, FTA’s Deputy Chief Executive, said:  “Regardless of the price of oil, for every penny fuel duty goes up it costs truck and van operators around a £100 million in a full year.  It won’t make them drive any less – goods still need to move to where they are needed – and it won’t help them invest in making their vehicles and drivers even more efficient.  It will just cost them a lot of money.”

The freezing of fuel duty rates at 2011 levels has meant that FTA members reliant on commercial trucks and vans have been spared the economically stifling effects of a tax on a commodity they have no option but to buy. Instead, they have been left with cash in their trading accounts to spend on hiring more staff or purchasing other goods, all of which have served to drive the UK economy out of recession at one of the fastest growth rates in the developed world.

Mr Hookham added:  “All this additional spending has actually generated more income tax and VAT, so fuel duty freezes are never as costly as the headline figures suggest. The Treasury even published a paper in 2014 that proved this.”

The FTA message to the Chancellor is that whilst most of his announcements on Budget day will be buried in the small print of countless Treasury documents, the impact of his decisions on fuel duty will be displayed in numbers several feet high at the front of every filling station in the country.