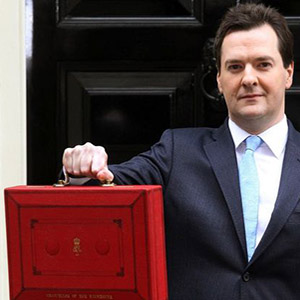 Industry bodies have applauded the Chancellor’s recognition that cutting fuel duty could have a positive impact across the board.

Freight Transport Association (FTA) and Road Haulage Association (RHA) have embraced the findings of a new Treasury report, which concedes the cost of freezing fuel duty could be offset by its economic boost.

The report – ‘Analysis of the dynamic effects of fuel duty reduction’ – claims halting tax rises will boost the economy by up to £7.5billion over 20years.

This is because the extra activity would mean the government would recover around half of the initial lost revenue.

“FTA is pleased that the Treasury has accepted our key arguments that fuel duty can be cut without harming the economy.”

Campaigners from the FTA have previously called on George Osborne to consider the economic benefits that could be delivered by a cut.

The FTA said they are delighted that the government have ‘caught up’ with the impact it would have; namely easing cost pressure on businesses operating commercial vehicles and stimulating economic growth.

Theo de Pencier, Chief Executive at the FTA, said: “FTA is pleased that the Treasury has accepted our key arguments that fuel duty can be cut without harming the economy.

“From the conclusions in this report today, it does appear as though the Chancellor has caught-up with our findings, and there is now every chance for him to go further and boost growth by cutting 3ppl from current rates.”  FTA figures claim that every penny of fuel duty costs commercial vehicle operators £116 million a year.

They also claim that a 3ppl cut would save around £350million a year for the transport industry.

Meanwhile, the RHA added the report was a welcome reflection of the findings of the NIESR study that was funded by the RHA on behalf of the FairFuelUK campaign alliance.

Jack Semple, Director of Policy at the RHA, said: “The important thing to ensure now is that this economic and tax reality becomes embedded as core Treasury and political thinking as we look ahead to the next Parliament.”