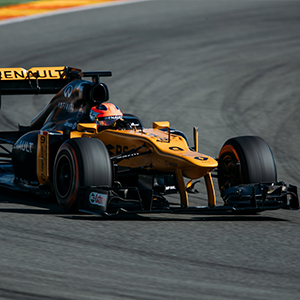 The first five winners of the Formula Brembo competition have been announced, each winning two tickets to watch the action play out at Silverstone, UK, in July.

The 2017 motorsport season has already served up unpredictable outcomes, yet despite that five people have successfully calculated the results in the world’s most famous single-seater championship. Congratulations and two tickets each go to Louise Ayres, Stephen Feasey, Russell Morris, Mohassan Raza and Will Gibson.

Formula Brembo can be played by anyone with a Euro Car Parts trade account and gives motorsport fans the opportunity to guess the outcome of the season as well as individual races. Using a Euro Car Parts invoice number, associated with the purchase of any Brembo product, players must predict the starting grid, podium and driver with the fastest lap time.

Those players with the highest number of accumulated points win the grand prize of tickets, flights and accommodation to watch some of the most exciting events in this year’s motorsport calendar.  Players correctly predicting the results of each individual race can also win a range of prizes including watches, remote controlled cars and Oakley sunglasses.

Following the announcement of the winners in round one the points have now been reset and players are in the running to win two tickets, flights and accommodation to Monza and Abu Dubai.