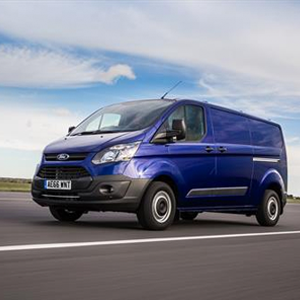 According to the official August sales figures from the Society of Motor Manufacturers and Traders (SMMT):Ford is UK market leader in total vehicle and commercial vehicle (CV) sales

Andy Barratt, Ford of Britain chairman and managing director, said: “August is typically a quiet month for the industry however with the launch our scrappage scheme we’ve seen a huge amount of interest through our dealer network. With over 1,000 orders taken in the first full week, it’s been a positive step towards improving air quality, as we’ve seen other manufactures now follow Fords lead.

“The all-new Fiesta Ford is gaining momentum as we move into September, as additional derivatives start to reach the UK, including ST-Line and, for the first time on the Fiesta range, the Vignale. We’ve still so much to come with Fiesta, as we continue the launch of our most extensive model range yet, with Fiesta Active and the hot ST version planned for next year.”

The Ford Fiesta is in its ninth year as the UK top-seller and in August it secured 2,236 registrations, 43 sales and 0.1 percentage points of share behind its nearest non-Ford rival as launch of new Fiesta models, such as Vignale and ST-Line continues.  With total registrations of 64,988 for the year to date, the Ford Fiesta is the UK best seller by a significant margin – 20,770 sales and 1.3 percentage points of market share ahead of its nearest competitor.

Ford Focus remains, year to date, the number two best-seller, while Ford Kuga sales are at the highest level since it was launched, recording sales and share increases for the month and for the year to date, compared with prior year figures.