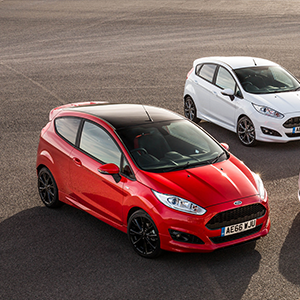 Andy Barratt, Ford of Britain chairman and managing director, said:  “Ford’s long-standing market leadership is being consolidated by the strength of our more profitable retail sales, which play a significant role next month when the March registration plate change results in sales around seven times higher than February.

“At the Geneva show this week there is further evidence of our continued investment in exciting products and technologies with the next generation Fiesta ST making its debut featuring an all-new 200PS, three-cylinder 1.5-litre EcoBoost engine.

Also on show is our fantastic Ford Performance line-up, which includes the performance flagship Ford GT, in special ’66 Heritage Edition livery, the Ford Mustang, Focus RS and the Focus ST.”

Ford remains the clear leader in retail car sales, which most accurately reflect the preferences of private buyers.  At 14.4 per cent, Ford’s February retail car sales share is over four percentage points ahead of its nearest rival.

Ford is in its 52nd year of UK CV market leadership and the success of Ford’s CV range was in February recognised with a number of industry awards.  Vans A2Z named the Ford Fiesta van their best small van and Transit Custom was awarded the title of best medium panel van.