Ford is adding a new electrified option to the Fiesta Van line-up with an EcoBoost Hybrid model that introduces intelligent mild hybrid technology for the company’s compact van customers. 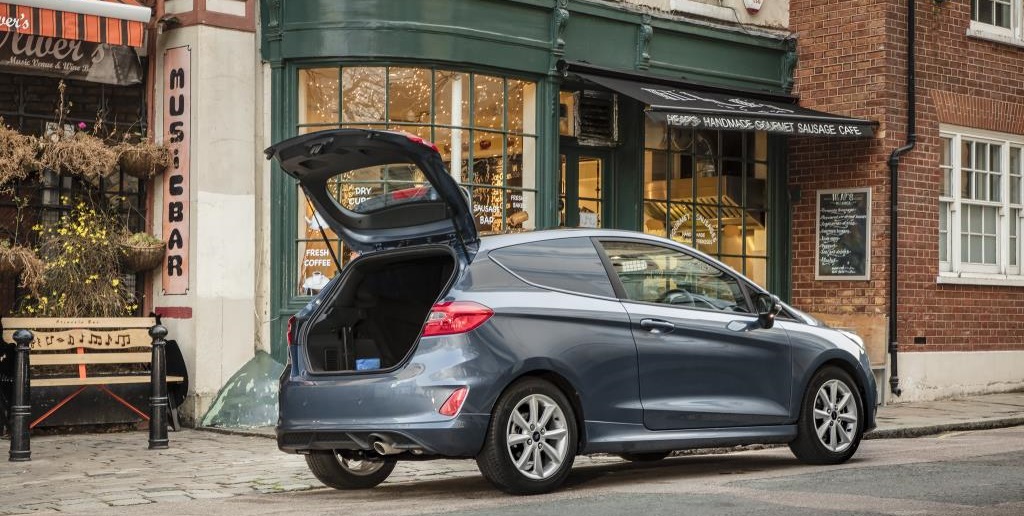 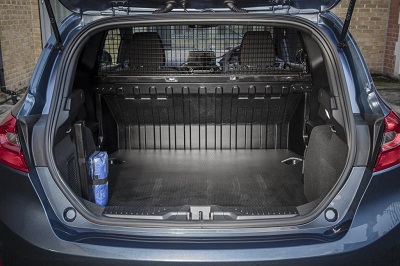 Electrified powertrain helps save fuel
The Fiesta Van EcoBoost Hybrid’s powertrain features technology similar to that introduced to the International Van of the Year award-winning Transit Custom EcoBlue Hybrid in 2019.

A belt-driven integrated starter/generator (BISG) in place of the standard alternator enables recovery and storage of energy usually lost during braking and coasting to charge a 48-volt lithium-ion air-cooled battery pack.

The more powerful BISG also enables the Fiesta Van EcoBoost Hybrid’s Auto Start-Stop technology to operate in a wider range of scenarios for even greater fuel savings, including when coasting to a stop below 15mph and even when the vehicle is in gear with the clutch pedal depressed.

The BISG also acts as a motor, integrating with the engine and using the stored energy to provide torque assistance during normal driving and acceleration, as well as running the vehicle’s electrical ancillaries.

The intelligent, self-regulating mild hybrid system continuously monitors how the vehicle is being used to determine when and how intensively to charge the battery for optimal benefit, and when to utilise the stored battery charge to reduce the amount of work required from the petrol engine.

The technology contributes to fuel efficiency up to 68.8mpg and CO2 emissions from 93g/km NEDC (55.3mpg and 115g/km WLTP) – a fuel efficiency improvement of up to six percent compared with the non-hybrid model (NEDC).1

The Fiesta Van EcoBoost Hybrid powertrain also features cylinder deactivation technology that further enhances fuel efficiency by automatically switching off one of the cylinders when full capacity is not needed, such as when coasting or cruising with light demand on the engine. The system can disengage or re-engage one cylinder in 14 milliseconds with no compromise in performance or refinement.

Fiesta Van EcoBoost Hybrid is available in both the Trend and Sport series and replaces the 85PS 1.5-litre TDCi powertrain option. A non-hybrid 125PS 1.0-litre EcoBoost with six-speed manual transmission is also available, with fuel efficiency up to 67.2mpg and CO2 emissions from 97g/km NEDC (54.3mpg and 119g/km WLTP).

Technology to boost productivity
The Fiesta Van EcoBoost Hybrid’s interior is well-suited to modern commercial use. Drivers who use mobile devices to plan routes, track deliveries and stay updated benefit from Apple CarPlay and Android Auto™ compatibility included free-of-charge as part of the standard SYNC 3 communications and entertainment system.2

Supported by an 8-inch central touchscreen that can be operated using pinch and swipe gestures, SYNC 3 features a new interface with larger buttons that are more intuitive and easier to use.

Technologies including Pre-Collision Assist with Active Braking,5 Cross Traffic Alert with Active Braking5 and Ford’s Lane-Keeping System5 can help Fiesta Van drivers avoid or mitigate the effects of collisions with other vehicles, pedestrians and cyclists. Adaptive Cruise Control with Speed Sign Recognition5 can even help drivers avoid fines and penalties. The technology can adjust the vehicle speed to within legal limits by monitoring the roadside and overhead gantries for speed signs.

1 The declared fuel/energy consumptions, CO2-emissions and electric range are determined according to the technical requirements and specifications of the European Regulations (EC) 715/2007 and (EU) 2017/1151 as last amended. Light Duty Vehicle type-approved using the World Harmonised Light Vehicle Test Procedure (WLTP) will have fuel/energy consumption and CO2-emission information for New European Drive Cycle (NEDC) and WLTP. WLTP will fully replace the NEDC latest by the end of the year 2020. The applied standard test procedures enable comparison between different vehicle types and different manufacturers. During NEDC phase-out, WLTP fuel consumption and CO2 emissions are being correlated back to NEDC. There will be some variance to the previous fuel economy and emissions as some elements of the tests have altered, so the same car might have different fuel consumption and CO2 emissions.

2 Don’t drive while distracted. Use voice-operated systems when possible; don’t use handheld devices while driving. Some features may be locked out while the vehicle is in gear. Not all features are compatible with all phones.

4 FordPass Pro App, compatible with select smartphone platforms, is available via a download. Message and data rates may apply.

5 Driver-assist features are supplemental to and do not replace the driver’s attention, judgement and need to control the vehicle. Feature availability dependent on vehicle specification.