Focus Is Turned To Financing And Leasing Risk 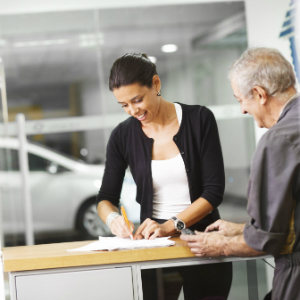 Ever since the sub-prime mortgage bubble burst in 2008, people have been trying to spot the seeds of a future crisis. It’s human nature.

While many eyes are focused on geo-political issues, out-of-whack algos or a major rates rise, there’s an altogether less likely bubble starting to emerge: leasing.

Leasing is on the rise: the top 50 leasing markets grew new business by 6.5%, the fifth consecutive year of growth, according to this year’s Global Leasing Report. It’s easy to see why. Bank lending has come under considerable strain since 2008, as capital requirements have increased dramatically. At the same time, the reasonably lengthy period of low growth in many major economies has rendered many companies and individuals less flush, and therefore less able or willing to make purchases outright. Add to that geo-political uncertainty in the form of Brexit, anxiety over China’s growth and an unexpected US President, and the numbers make sense.

Nowhere is this more apparent than the airline and automotive industries. Emirates came out in favour of further leasing arrangements last year following the completion of a USD 1 billion 12 year leasing deal. In a June 2017 report, independent consultancy, IBA, cited multiple unscheduled redeliveries in the last 12 months due to, “regional economic problems, cash flow reductions and exchange rate pressure,” at airlines, especially as the USD (in which most airlines bear costs) has strengthened against earnings, which are typically in local currencies. This contributed to the recent well-publicised costly leasing problems at South African Airways, when the value of the South African Rand fell to an all-time low against the US Dollar in December 2016.

It’s a similar picture in the automotive world where there are worries about the rate of growth of credit. In November last year, New York Federal Reserve bank warned that sub-prime car loan “delinquencies” were a “significant concern”. In the UK alone, a staggering £31.6 billion was borrowed for car purchases in 2016, according to the Finance and Leasing Association. That’s a rise of 12% on the previous year.

One result of all this is a change to the associated accounting rules. IFRS 16 is due to replace IAS 17, which has remained unchanged for more than 30 years, in January 2019, with Chairman Hans Hoogervorst declaring that the old standard did not, “truly reflect economic reality”. While there is still a couple of years to go until the implementation date, the general industry view is that the scale of the changes mean firms should not delay their preparation.

No one would dispute that all this needs very careful management. But the reality is that until now, financing has typically been managed in siloed spreadsheets, separate to the central treasury and cash management systems of corporates. And while that may have been appropriate in the past, forward-thinking corporates are now increasingly looking for a single view of risk across the organisation, and that means a treasury and risk system that can incorporate all aspects of financing risk. With the levels of risk on the rise, it’s time for treasurers to focus their attention on getting this right.