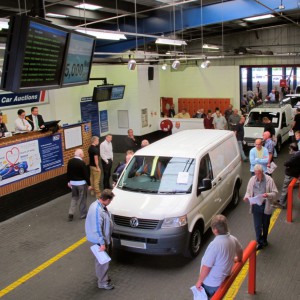 SOLD: May still second-best month ever

Performance against CAP fell back by nearly two points to 99.1%, while retained value against Manufacturer Recommended Price fell to 36.05%, compared to April’s 37.17%.

Average age fell back to just under 58 months, although average mileage increased slightly during May.

Year-on-year values saw May 2013 ahead on its previous-year counterpart by exactly £500 (11.4%), with both age and mileage rising over the period.

Duncan Ward, from the BCA, said: “Demand remains strong across the range of used light commercials at BCA.

“Even so, buyers are sensitive to mileage and condition, and excessive mileage or damage will significantly impact the price performance.

“The best prices are paid for vans in good colours with a high specification and any rare or unusual vehicles will generate the most attention.

“After many months of strong value growth, where is the market going in Q3 and Q4 of this year?

“Many have suggested that prices simply cannot continue rising and they may level off.

“Or will prices remain stable but with a widening of the extremes – will the poorly presented vehicles be overlooked in favour of the more desirable vehicles?”

“With the first decline in average values seen this year, now would be a good time for volume sellers to review their selling strategies and make sure they are fully in tune with market sentiment.

“Vans should be sensibly valued to sell and corporate sellers should offer LCVs with full documentation and service histories and ensure they are presented in the best possible condition following pre-sale preparation.

“Sellers also need to manage the supply of similar makes and models, because it can have a direct impact on price performance – even for attractive retail-quality vans.”