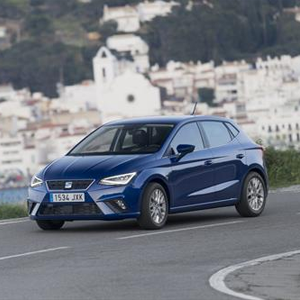 Once again SEAT has demonstrated its extremely high levels of safety offered by all its models in the demanding Euro NCAP safety tests. On this occasion, the All-new SEAT Ibiza built in Barcelona on the new MQB A0 platform again gets five stars; the highest score possible.

As such we can proudly declare that the three pillars of the Spanish brand, Ateca, Leon and Ibiza, have achieved the best results possible in Euro NCAP’s stringent safety tests.

This recognition comes shortly after the New SEAT Arona made its first appearance during a presentation event in Barcelona. This is yet another addition to the SEAT range in its biggest product offensive ever, which includes the upgraded Leon, Ibiza, Ateca and the upcoming large SUV that will be released in 2018.

It’s worth remembering that for a number of months now, all vehicles coming onto the market have been subjected to a greater number of tests, and these tests have become much more demanding. It is for this reason that to achieve five stars in these prestigious and independent safety tests carries much more merit. It’s also worth noting that in order to test child safety protection in a reliable way, crash test dummies are used that simulate children between 6 and 10 years old. Side impact tests or against a pole at 75 degrees are also more severe. Additional frontal impact test also features against a rigid barrier. The amount and kind of dummies used in these tests has increased, as well as the biofidelity in order to reflect real accident conditions in the most objective way.

In each of the sections that make up the Euro NCAP safety tests, the All-new SEAT Ibiza has achieved excellent results, standing out particularly in the areas of adult occupant protection, with a score of 95%. The results achieved in the areas of child and pedestrian protection, as well as safety assist systems, are impressive too. The efficiency of the Autonomous Emergency Braking System (Front Assist) stand out in particular in the safety assist area. By using radar technology in conjunction with an evolution of ABS and ESC, it not only senses and acts when it detects other vehicles, but, also pedestrians. Taking all of this into account, this allows the car to brake in the safest and quickest way.

Euro NCAP safety tests have become even more demanding since 2016, not only in active safety, but also in passive safety. In the latter, the latest SEAT Ibiza now has pretensioner and load limiter seatbelts not in the rear seats as well as the front. This brings many benefits to the response to the most demanding challenges in adult and child safety, as the pretensioners reduce the looseness of the belt around the torso and pelvis of the occupant at the moment of impact, guaranteeing the best form of restraint for both adults and children. The Isofix and Top Tether fixing points in the rear seats come as standard in the SEAT Ibiza, as well as speed limiter, third rear headrest, advanced seat belt warning system for all seats and six airbags.