Fifth of drivers get highway horrors 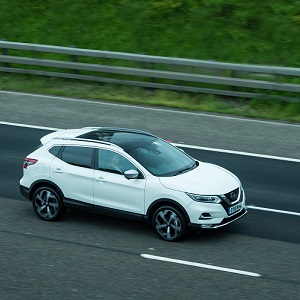 Ahead of a busy bank holiday weekend, almost a quarter (23%) of drivers have admitted to feeling anxious on the UK’s motorway network, according to research from Nissan. The survey was conducted to highlight the benefits of ProPILOT, Nissan’s advanced driver assistance technology which is available on both the UK’s best-selling crossover, the Nissan Qashqai and the UK’s best-selling EV, the Nissan LEAF.

39% of drivers admit they feel scared, nervous, uneasy or uncertain behind the wheel in general. Motorway driving is the second biggest skill the public feel they lack confidence in (21% of drivers), beaten only by the nation’s fear of parking (27% of drivers).

Numerous aspects of motorway cruising knock UK driver confidences. These include (based on multiple selections by respondents):

Perhaps surprisingly, Londoners are the most fearful of driving on motorways (26%), while the Welsh are the least nervous (14%). When it comes to generational differences, 18-24 year olds are least confident on motorways (26% of drivers), versus just 11% of those over 65.

Almost half (47%) of the motorists surveyed believe that driver assistance technologies, such as Automatic Emergency Braking, Lane Departure Warning and Intelligent Cruise Control, either would help or do help make them more confident.

Alex Smith, Managing Director, Nissan Motor (GB) Ltd. says, “As we head towards a busy weekend for the UK’s motorway network, it’s concerning that many motorists feel they lack confidence in the everyday aspects of multi-lane driving. Modern vehicle technologies, such as those developed under Nissan Intelligent Mobility, can play a key role in supporting a positive driver experience. It’s encouraging that a large proportion of drivers recognise the impact these can have on their confidence at the wheel.”

Nissan’s ProPILOT is one of the most advanced assistance technologies on the road today that enhances a driver’s control by assisting with steering, acceleration and braking. It works in a single lane on highways, and is optimised for low-speed congestion and high-speed cruising.

The Qashqai will slow to a complete stop if traffic conditions require. It moves off automatically if the car is stationary for approximately three seconds or less. If it’s longer, drivers should press the RESUME button or lightly tap the accelerator.

By liberating drivers from some of the more mundane elements of motoring, ProPILOT can help to reduce fatigue and stress – particularly on motorways or during heavy traffic – and improve safety, enhancing overall control and confidence.