What to expect from the Geneva Motor Show 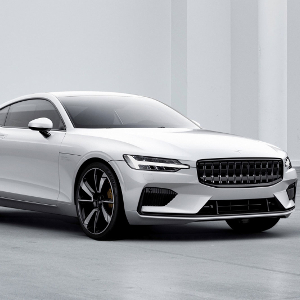 The city of Geneva, Switzerland is about to become of the center of the automotive universe. Automakers from all over the world are descending upon the city to unveil their latest vehicles.

At this point it almost goes without saying that electrification (hybrids, EVs) will be a big part of this event. If a company shows off a concept car, expect it have some sort of electric drivetrain.

With that in mind, Volkswagen is going to unveil its latest I.D. vehicle, the Vizzion. The newest member of the automaker’s electric platform will be a showcase for autonomous driving. Yet, VW isn’t the only European car maker jumping even more into the world of electrons.

Jaguar will be showing off its I-Pace electric crossover which it unveiled last week. This will be the first opportunity to see it up close and personal and make sure it’s worthy of the Jaguar moniker. This is the company’s first all-electric vehicle so a lot is riding on the SUV.

Meanwhile, Hyundai’s brand new Kona SUV is getting an electric version in Geneva. While not as flashy as a Jaguar, the Kona is a smart little crossover that could do well as an EV especially with a range of 292 miles.

For something a bit more outrageous than a Jaguar, Volkswagen and Hyundai, new automaker Rimac will be introducing its second all-electric supercar. Fans of Amazon’s The Grand Tour, might remember that Richard Hammond crashed one of the original Rimacs during filming. Hopefully, they will keep him away from the company’s latest offering.

Also, the Italian designed, pure electric Giugiaro concept car will be premiering. It’s supposed to highly connected to the Internet of Things. So maybe it’ll be amazing looking and quick while also controlling your Wemo-paired lights.

On the rumor front, there’s talk of a Mercedes EV making a splash in Geneva. Plus, this will be Polestar’s first show. So it will be exciting to see what Volvo’s performance brand will be bringing to the event.

The Honda CRV is expected to finally getting a hybrid variant. An EV version of this SUV is not in the cards. At least not yet.

Bentley is expected to unveil the Bentayga with a hybrid powertrain.

There should also be some surprise announcements about mobility, autonomous driving and of course, more electric cars. Just be prepared to stay up late for all the big reveals.