Emotional Connection To Your Vehicle No Longer 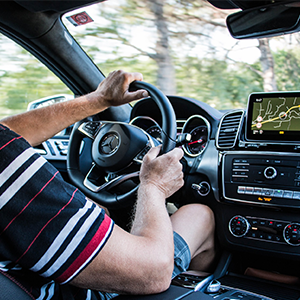 Once a treasured member of the household, new research has found that the concept of the beloved family car has been consigned to the scrapheap, with consumers now seeing their vehicle akin to a phone contact rather than a capital investment.

Commissioned by financial technology company Intelligent Environments, the study found that drivers’ relationships with their cars have become almost entirely functional, with very little room for sentimentality. Indeed, the days of naming our cars are long over – with only 20 per cent of consumers claiming to have given their current vehicle a nickname.

What’s more, 38 per cent called their car ‘nothing more than a machine’, suggesting a complete absence of any emotional connection. Similarly, 55 percent admit they’d trade their car in for an upgrade at the first opportunity.

Indicative of a wider trend, this changing attitude seems to stem from a rise in demand for monthly rental options – with over a quarter (26 percent) of consumers having leased out a car rather than buying it outright.

Monthly cost considerations are now a central part to the buying decision with consumers ranking it as a top factor when purchasing a vehicle, prioritising it over brand, model, or aesthetics. In fact, 43 per cent of drivers that have leased a car said they had bought their vehicle based on the financing package rather than the car brand.

Similarly, with nearly two-thirds of drivers that have leased a car (64 per cent) now shopping around to find the best leasing deal, it seems Brits are becoming far savvier when it comes to car ownership. And despite previous worries over complexity, well over half (56 per cent) now feel able to understand the difference between Hire Purchase, PCP and PCH.

It also seems ownership is no longer a priority, with 23 per cent of respondents stating they would rather get a good deal on leasing than own their vehicle. And the reasoning is clear: 62 per cent of those that have leased said that with leasing, they have been able to obtain a better vehicle than they could have bought outright.

For consumers, financing is now at the heart of the buying decision. There is a significant opportunity for the vehicle financing industry to seize a bigger influence in the market, however, Intelligent Environments’ previous research has found that 50 per cent of consumers find the current financing process overly complex. Something must be done to ensure the purchase process is engaging for consumers.

A solution can be found by providing an easy-to-use step-by-step digital-first process which encompasses the whole vehicle finance procedure from start to finish. Adding a self-service element is critical, and a guaranteed way to ensure customers are engaged and feel like they have control. Very quickly we will see consumers becoming more comfortable with the digital buying process, engaged with their vehicle finance provider and feeling like they are receiving a great service.

“In today’s digital world and gig economy consumers are becoming less attached to owning their belongings. The rise of streaming services such as Netflix and Spotify, as well as the rising number of renters, has profoundly changed the way we view ownership. Now, it seems our relationship with our vehicle is following the same route.

“It’s no surprise therefore that people are leasing more than buying their vehicles outright. However, financial services providers need to prepare for this and improve their offering when it comes to their finance application processes, ensuring consumers go to them and not to their competitors. Consumers are used to doing everything digitally these days, and car finance providers should look to implement strong simple, digital and transparent processes where they can to stay ahead of the game.”

And finally, of those who do name their current car (20 per cent), the most popular name was Bob, closely followed by Fred and Lucy, showing that perhaps there is still hope for Herbie.