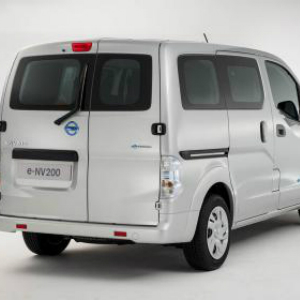 The range of an electric van can almost halve when it is carrying a full payload in real world conditions, according to a new trial by Arval, a leading vehicle leasing and fleet management company.

The study showed that, over the same 33.58-mile course, an EV with a full payload lost over 85% of its range compared to a 45% loss for one that was carrying nothing.

Eddie Parker, Commercial Vehicle Consultant at Arval UK, said: “This is a great example of the operational factors that fleets looking at operating electric vans may have to consider.

“The loss of range is significant at almost 50% and shows that, if you were expecting a fully laden EV commercial vehicle to reach anywhere near the stated range, then you would be disappointed.”

However, Eddie said that the results should not be seen as an indictment of electric commercial vehicles but, instead, were simply a contribution to a growing pool of knowledge.

He said: “We undertook this test in response to requests from customers who were looking to gain an operational understanding of this kind of vehicle.

“The fact is that, in general use, few vans of this type would ever be fully laden. A typical load for most uses would be much nearer the 50% mark, where the loss of range is much less pronounced. For this reason, we believe the study shows that there is a wider application for EVs than may at first have been thought.

“Of course, all vehicles lose range when fully laden. A diesel van with a full payload would typically see its range reduced by around 35%, for example.”

The 35.58-mile test route was designed to represent typical van use, and consisted of 16.8% urban road, 32.5% suburban/rural, 21.5% carriageway and 29.2% motorway, with the van travelling at between 30 and 70mph. The EV was used by the same driver, at the same time of day, with air conditioning and non-essential electrics turned off.

Eddie added: “It could be that if, as EVs develop, this kind of range loss is found to be typical then factors that help to extend range, such as driver training, could become a more important element of fleet operation.”