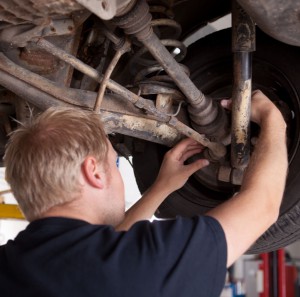 If you are thinking of asking a friend, neighbour or family member to tackle a small repair or maintenance job on your car, then think again.

Because a study by Halfords has revealed that enlisting non-professional help can have potentially costly consequences.

Motorists and householders pay out an estimated £300million every year after being forced to enlist the services of a professional to put things right; and one in six people regret accepting help.

The maintenance blunders made by well-meaning amateurs ranged from elementary mistakes involving car batteries, to more serious errors such as using the wrong oil.

Almost half (45%) of those who subsequently had to employ an expert were left with a bill of more than £100.

Dave Poulter, of Halfords, said: “It seems that for many people there is no such thing as a cheap favour.

“Botched DIY jobs carried out by well-meaning friends are leaving many wishing they’d said ‘thanks but no thanks’.

“Favours can be particularly costly for motorists where a bodged job can damage a car.”

Halfords’ survey found 10% of motoring DIY disasters were the result of using the wrong motor oil or not putting anti-freeze in the radiator.

One in 12 experienced problems starting their cars after a battery change because the leads had been connected wrongly.

A further one in six had water added to their screenwash without realising that diluting it reduced its ability to clean effectively.

“In an effort to save a few extra pounds, people often turn to friends or family for help,” Mr Poulter added.

“However, the complexities of DIY and loss of basic skills that previous generations took for granted mean that taking it to an expert can save money and friendships in the long run.”