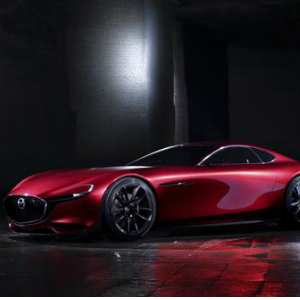 The RX-VISION concept puts a stunning new form to Mazda’s illustrious heritage of rotary powered sports cars. Linking with the company’s one-of-a-kind range of RX-badged production models, the RX-VISION is a shining symbol of Mazda’s challenger spirit as the only carmaker to ever succeed on the market with the rotary engine. The project also provided fertile ground for the company’s designers, who came up with a unique KODO – Soul of Motion look that screams performance – and won the RX-VISION “Most Beautiful Concept Car of the Year” at the recent Festival Automobile International in France.

Mazda’s exhibit can be found at stand 5150 in hall 5 of Geneva’s Palexpo convention centre. The show opens to the media on 1 and 2 March and the public from 3-13 March.

The Civic Hatchback Prototype receives its global premiere at Geneva Motor Show, previewing the exterior design of the all-new hatchback model, scheduled for a European launch in early 2017. Produced at Honda of the UK Manufacturing (HUM), the car will be exported to global markets, including the US.