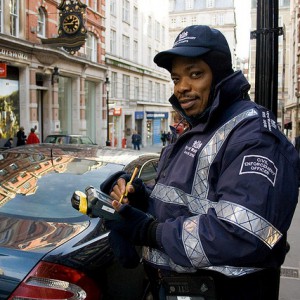 Money-grabbing councils are raking in a £565MILLION surplus from their car parking activities – and the bumper amount is GROWING every year.

Figures analysed by the RAC Foundation show the vast majority of English local authorities are making big money on their parking operations.

Even where huge ‘profits’ are absent, the picture is still largely one of surplus rather than deficit; indeed, just 52 (14%) of 359 councils reported negative numbers.

And even after capital charges are taken into account, the combined surplus in 2011/12 was still a whopping £412million.

The data, studied for the RAC Foundation by David Leibling, comes from the annual returns councils make to the Department for Communities and Local Government.

Only Brighton and Hove (£14.4million), and Cornwall (£7.9million) councils break into a top ten dominated by London authorities.

Indeed, Newham, Camden and Islington councils more than doubled their take from 2009 to 2011.

The shocking figures are revealed just days after a judge declared Barnet Council had acted illegally in trying to set charges to raise general revenue.

Professor Stephen Glaister, Director of the RAC Foundation, said: “For many local authorities, parking charges are a nice little earner, especially in the capital.

“Not all authorities make big sums.

“Several run a current account deficit and indeed of those with surpluses many will see the money vanish when capital expenditure is taken into account.

“But the bottom line is that hundreds of millions of pounds are being contributed annually to council coffers through parking charges and the drivers who are paying them have a reasonable expectation to see the cash spent on improving the roads.

“In fact it is enshrined in law – as underlined by the Barnet case last week – that profits gained from on street charges and penalties must be ploughed back into a very limited number of things including maintaining the roads.”

Image courtesy of dirac3000, with thanks.