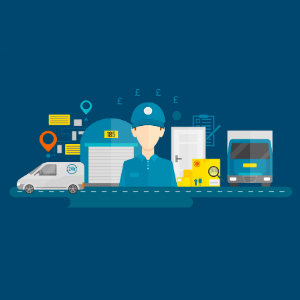 Reducing transport costs remains the biggest objective for logistics operations according to Paragon Software System’s annual UK customer survey. Over half of respondents (57.3%) said that targeting savings is their main priority followed by improving planning accuracy (14.5%) and increasing profitability (9.7%). However, these businesses anticipate a number of barriers – including lack of investment, a skills shortage, economic uncertainty and eroding margins – which will be exacerbated by the impact of Brexit and increasing pressure on the road network.

When asked about the biggest challenge facing their business in 2017, a third (33.9%) highlighted a growing driver and skills shortage above rising transport costs (26.3%) and a reduction in economic growth (18.6%). Furthermore, respondents suggested that from a transport planning perspective a lack of investment, operational data, system integration and management buy-in was affecting their ability to achieve key objectives moving forward.

While only 5.9% of operators pinpointed Brexit as the most significant issue over the next 12 months, 59.3% believed it would have a negative impact on their business (15% of respondents thought the impact would be significantly negative). In contrast, only 6.2% believed that the UK’s planned departure from the EU was a positive opportunity, with the remaining 34.5% not expecting an impact either way. When pressed about the potential risks, rising costs resulting from a weaker pound; changes to the freedom of movement damaging driver recruitment; and the general uncertainty preventing business investment were some of the biggest concerns.

Meanwhile, 84.4% of respondents said that levels of road congestion had increased during 2016, resulting in longer journey times and making it harder to plan accurate transport schedules. Because of this worsening situation, over half (51.9%) now have a strategy in place to combat congestion or urban transport restrictions moving forward. Almost a third (30.6%) of these had a plan for both, while the remaining 21.3 per cent had a dedicated initiative in place to address either congestion or urban transport.

William Salter, Managing Director of Paragon Software Systems commented: “The findings of our customer survey highlight the ongoing pressures facing the logistics sector in terms of reducing transport costs, business profitability and operational resourcing. These organisations increasingly recognise the importance of transport optimisation and are using our routing and scheduling software to re-assess their strategies, achieve operational savings, improve service levels and make best use of their assets.”