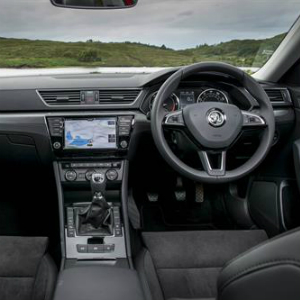 Technology advancements in company cars have made British workers around a third more productive, adding almost £36 billion* to the economy, new research reveals. Figures from car manufacturer ŠKODA demonstrate just how much Brits, whose jobs require time on the road, rely on their in-car gadgetry.

When asked which kit they couldn’t ‘work without’, different drivers had their favourites. Around one in six (14%) chose smartphone connectivity systems, while a tenth of the survey respondents selected cruise control and sat-navs. These were also the items that – along with climate control – were cited as being used most often.

However, for bosses across the country, the perk of automotive technology is how much more efficient it makes their employees. ŠKODA’s poll of 600 company car drivers reveals the right equipment can save time (according to 42%), make navigation easier (37%) and ultimately save money (31%).

The knock-on efffect is an improvement in productivity, with ŠKODA’s figures showing each worker completes, on average, 33% more work than they would do without their vehicle’s tech. Based on the average British wage, that’s £9,200 per employee who uses a car for work purposes.

Henry Williams, Head of Fleet at ŠKODA UK, commented: “At ŠKODA, we know that in-car technology is hugely important to company car drivers and their employers, to help save time and money. We regularly investigate which gadgets are most effective in improving business productivity and safety to make sure our cars, particularly the SE Business range, are kitted out with the most up-to-date and desirable products.”

To find out more about the ŠKODA SE Business range visit http://www.skoda.co.uk/fleet/se-business

Let us know how in-car technology affects productivity in your company, and which products work best. 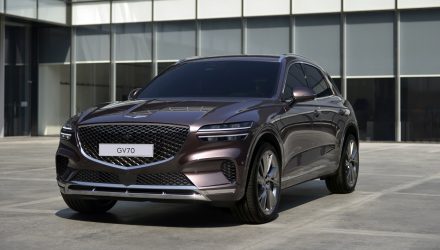 Genesis today officially revealed the exterior and interior of the GV70. The much-anticipated GV70 becomes the fifth model in the Genesis lineup, joining the G70, G80 and

One of the UK’s best-known companies, British Gas’ heritage