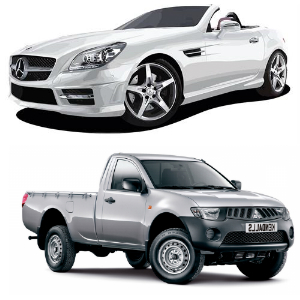 If you damage Crown property, for example, by hitting a motorway barrier or traffic sign, you or your insurer will receive a bill, usually from Highways England or one of its contractors. CMA says many are incorrectly priced.

In a particularly shocking recent case, CMA discovered that a 3.5 tonne pick-up truck supposedly used by a contractor in a motorway repair was listed as stolen at the time. When queried, Highways England explained that their contractor blamed a typo in the vehicle registration mark (VRM) and provided a slightly different one. On checking the new reg, CMA discovered it was for a Mercedes-Benz E350 AMG convertible!

Managing Director of CMA, Philip Swift, a former police detective, said: “Presenting a sports car as a truck is one of the more amusing inaccuracies we’ve seen, but it reveals serious problems: The contractor seems to be guessing at the VRM, an important data point, and Highways England appear willing to accept what they are presented with without verifying it – their systems are not robust enough to detect even obvious anomalies.

“This is all the more worrying when you consider the sheer volume of inaccurate claims we’re seeing these days. From wildly varying rates for the same service, to hefty charges for spurious additional items, we have to be vigilant to ensure drivers, fleet operators and insurers aren’t overcharged. In a not insignificant number of cases, no payment is warranted at all.

“With Highways England reportedly preparing to take more Crown property claims back in-house, they urgently need to review their processes. In the meantime, we await confirmation as to whether the vehicle involved was actually a stolen truck or a supercar, to receive a third VRM or to be told there was no other vehicle! The lesson for drivers, fleets and insurers is: don’t take these claims at face value, engage a specialist to scrutinise them.”