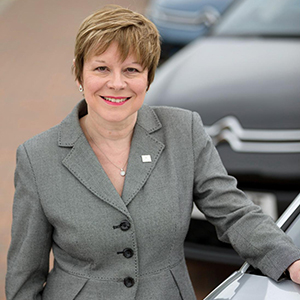 Linda Jackson has been appointed the new CEO of Citroen.

Ms Jackson, who is currently Managing Director of Citroen UK and Ireland, will assume her role on June 1.

She replaces Frederic Banzet, who is taking up a senior role in FFP.

Ms Jackson has more than 35years’ experience in the motor industry in a variety of financial and commercial roles.

She will work alongside Yves Bonnefont – who has been appointed CEO for the DS brand – to implement the ‘Back in the Race’ strategic plan.

Both are members of the Executive Committee and will report directly to Carlos Tavares.